Last week, Nas made headlines for his “Ultra Black” single that he released which was produced by Hit-Boy. The most notable lyrics were when he dissed Doja Cat with “We goin’ ultra black, unapologetically black. The opposite of Doja Cat, Michael Blackson black.”

Ultra Black will be appearing on Nas’ upcoming ‘King’s Disease‘ album which is also all produced by Hit-Boy. The project is set to be released on August 21 and now, the full tracklist is here. The New York legend took to his social media feeds to make the announcement.

King’s Disease contains 12 tracks with appearances by Big Sean, Anderson .Paak, Lil Durk, Foxy Brown, and more. A bonus track titled “Spicy” featuring fellow NY rapper Fivio Foreign and A$AP Ferg is also included. This comes over a year after Nas released the sequel to his 2002 ‘The Lost Tapes‘ mixtape. Check out the full tracklist below along with Ultra Black. 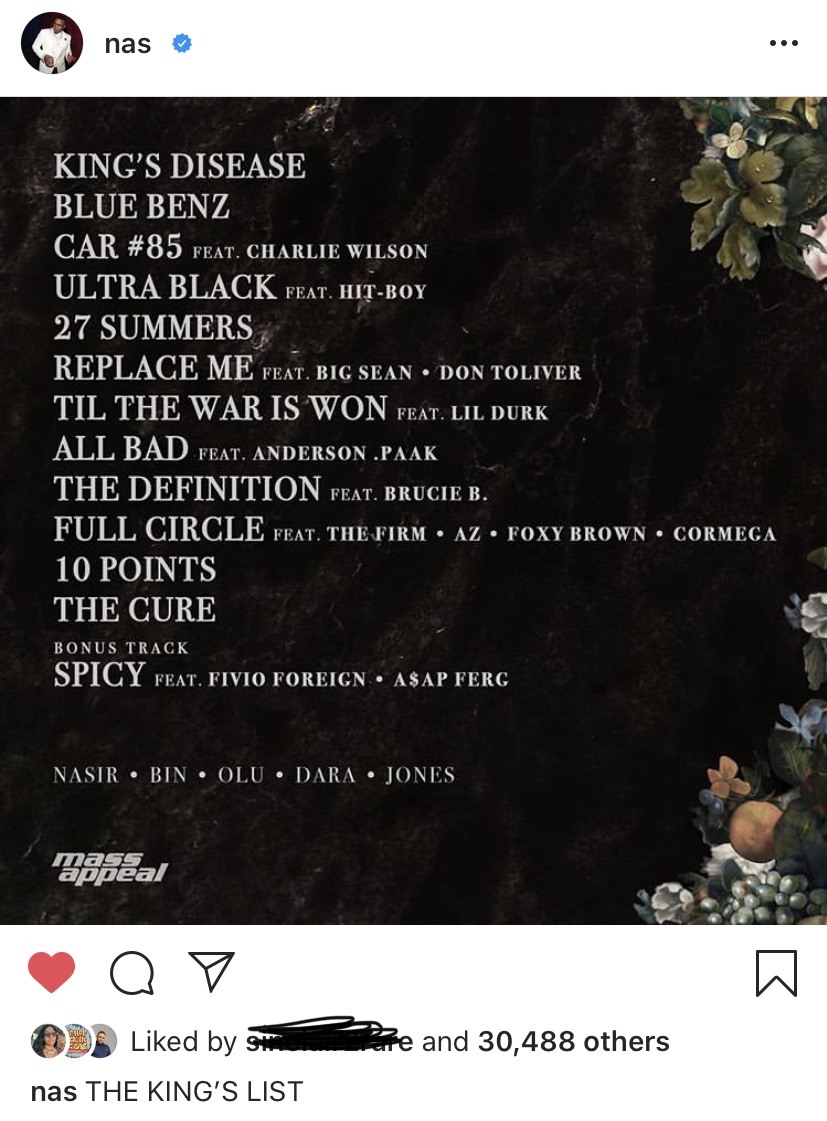 Steve Harvey is trending, because people noticed a bulge, when he was sitting down, while hanging out with Kanye West, at Chick-Fil-A, and fans say Steve is packing that loud
Pop Smoke’s Posthumous Debut Studio Album, ‘Shoot For The Stars Aim For The Moon,’ Projected To Become No. 1 Album in The Country Again This Week