Skip to content
You are here
Home > On the Rise > HHV EXCLUSIVE: DJ the Rapper charts for the first time with hit single “Too Lit” and tells how he lets his work speak for itself 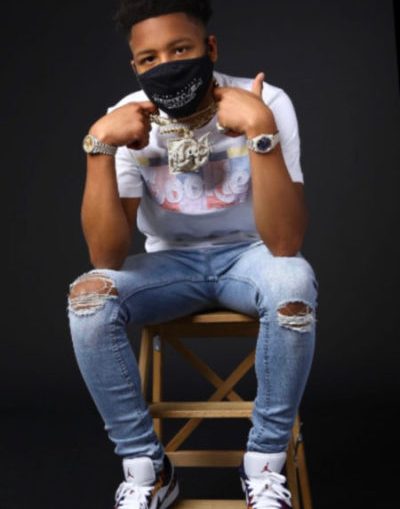 We’ve got DJ the Rapper in the building! Thanks for joining us at Hip-HopVibe.com! You just dropped the album, ‘Problem Child’ and your single “Too Lit” is #11 on Apple Music already! So you’re celebrating a lot of wins right now! Not to mention, you just turned seventeen last week! How does it all feel?

That’s right! Your album ‘Problem Child’ has twelve tracks and they’re all riding! Did you come out of the womb rapping or did you pick it up along the way?

DJ: I came out the womb rapping. Haha! When I was a kid I could rap every Lil’ Boosie song. I always wrote down little rhymes as a kid but I didn’t officially get in the booth and record until I was about ten or eleven years old.

How did that come about??

DJ: My parents believed in what I could do! They knew I could rap, so they were like, “Let’s see if you’re really with it!”

Have they always been supportive of you or was there a time that you proved to them that you were serious about a rap career?

DJ: Everything I’ve ever done they’ve supported me 110% .. even if I wasn’t rapping I would be great at something else. They’re still going to push me to work hard to reach my destiny.

That’s awesome. Alongside music I heard that you also played AAU Basketball at one point?

DJ: Yes! At one point in time I was ranked Top 50 in the world in basketball for like three years.

Wow! If you weren’t rapping then you’d be playing ball still then, right?

DJ: Oh most definitely! I mean, I still play ball now. I actually have a tournament next week but I would be pursuing it more seriously.

So tonight you drop “Too Many Ms” right? Are you excited?

DJ: I guess so! I’m excited now because you’re telling me the news as we speak!!

Oh wow! Hahaha! Let’s run it back to the “Too Lit” challenge. It’s a hot record and I heard that you freestyled the whole song?

DJ: Oh yes ma’am! I freestyled the whole song! I have my sound engineer here with me right now he will tell you! I freestyle most of my songs! With that beat it was so hard — but I never expected it to drop though so I said I’m not going to waste my time and write!! I’m just going to freestyle the song! So I freestyled the song and it came out hot so I was like Yo! We’ve gotta mix that! And so yeah!

That’s fire! Now you have a challenge in rotation all over the ‘gram and I’m lovin’ it. When did you shoot the video? Was it around the time you had the block party?

DJ: We shot that video and the turnaround time was wild!! Like what? Two days?

So shout out to Director Karltin Bankz yo!!

I know people don’t realize how much work you have to put in — but you actually have to homeschool because of how much you’re working. Can you give us an idea of what your school schedule is versus your work schedule?

DJ: Yeah when it comes to my school work, when I login I just try to knock it all out at once so I don’t have to login anymore for like a week. It’s not necessarily a lot of work to me. They don’t complain that I’m not doing my assignments – they complain that I rush through my assignments. But my grades are always As and Bs so…

And typically you’re in the studio like four times a week?

DJ: Yes ma’am! It’s gotten so bad I feel like I live there now – I may as well pay rent!

Do you have any hidden talents or gifts?

DJ: Oh yes ma’am! When I was a kid I spent a few days at a Great Aunt’s house and they loved music there. Every day she was playing and teaching the piano and the guitar and ukulele and I would just watch them play! When I got back home I told my Mom i wanted a guitar for Christmas and she bought me a piano as well. I learned to play both instruments by ear. I can play a few songs..

Will you be playing instruments on any of your songs in the future?

DJ:  I feel like that would be something I may do for the fans as I grow – right now I’m more focused on just droppin’ hits!

Your Mom raps too! When are you going to feature her on a track?

DJ: *Chuckles* My Mom isn’t trying to get back in the booth like that. It’s not her focus right now. Maybe one day.. but not right now.

So DJ the Rapper, you just turned seventeen and you’re killing it! Many people would see your success and think that you had a quick come up but you’ve actually been doing this for quite some time! Tell us about when you were rapping as a pre-teen – Back in the “Twenty Piece” days when you first started.

DJ: *Cracks up laughing* Man! That was a long time ago! Back when I was just trying to put the two things that I love together which was basketball and rapping. I would write little songs here and there. Now when it comes to proving how long I’ve been in the game, I just let the internet be the proof.

I’m not really a talkative person with those that I don’t know so – you can look me up online and see how I’ve improved and everything! So it’s like, the proof’s in the puddin’ ya know?

I do. So growing up you were a big fan of Lil’ Boosie. What’s it like going from rapping every Lil’ Boosie song word for word to now having him rap on a track with you?!

DJ: Ah man! It’s crazy! You really get to see like, hard work pay off! And that’s a person that I’ve looked up to and even wanted to rap like! When I first got to meet him I learned that he’s just a real person like everyone else! It’s like – I wanted to be a rapper and now here I am in the studio with him doin’ what rappers do! I was like WOW! So major shout out to Boosie!

Speaking of Lil’ Boosie being a feature on the album, you also have features by NBA Youngboy and Clever as well! Tell me about your collaboration with Clever!

DJ: Oh! That’s a shout out to Karltin, but Clever family too! It’s all about knowing the right people with that..

DJ, you’re so humble! Also positive and very respectful. What keeps you so humble and grounded considering the haters and those that may not take you as serious?

DJ: My answer may not sound so humble but, it’s because I know what I’m destined for. I know who and what I’m supposed to be, you feel me? And it’s too much money to be made to let my emotions run over that. I’m going to remain humble until my dying days!

What’s the key to staying relevant as a teenager in the music game right now in 2020 ?

DJ: My Publicist Ms. Melody and my manager Roadrunner, they tell me about it! Posting on social media! Yes ma’am! You gotta engage and interact! Also, one of the major keys is great music. Just keep making great music!

B: Last question, ten years from now, what kind of impact would you like to leave as you grow as a recording artist?

DJ: Ooh! This is a tricky question! You know what, I want my fans and my whole generation to just grow with me. And depending on how money flows I definitely expect to be opening up businesses with my own money. I already own my own label so I want to be growing and pushing young moguls. I want people to know that you don’t need a label and ultimately what you put in you will get out. No cap!

Thank you so much DJ! It’s been fun catching up with you today! We will be sure to keep supporting and vibin’ with you! 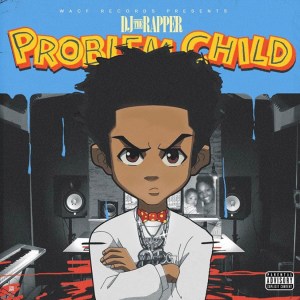 Available now on all streaming platforms!!