Skip to content
You are here
Home > Hip Hop News > SZA Shuts Down Rumors That Fan on Twitter Was Spreading Where They Said She is Releasing One Last Album on September 18 Titled ‘alt’ and Features Frank Ocean, Summer Walker, and More 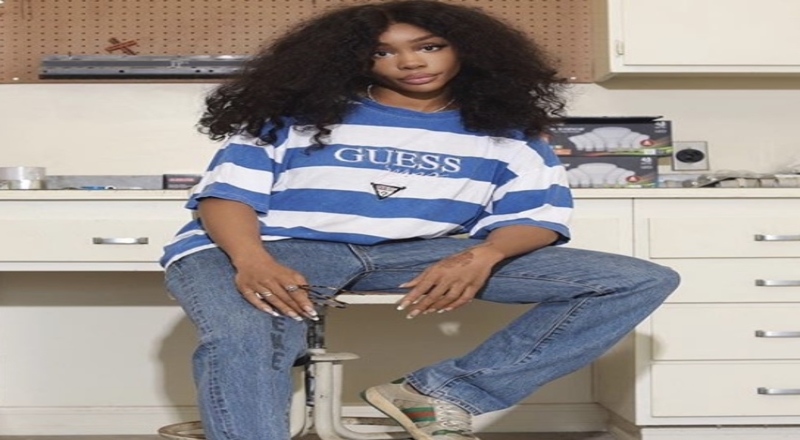 It’s been over three years since SZA released her debut studio album, ‘Ctrl.’ This is regarded as an R&B classic as it was led by singles such as “Love Galore” featuring Travis Scott and “Broken Clocks.” “The Weekend” wasn’t even one of the lead singles but ended up being the most popular record on this project as it is currently 3x platinum in the US. Ctrl as a whole stands at 2x platinum.

Fans have been anxious for the past three years about when SZA will finally release her sophomore album. One account on Twitter that goes by @Chanidea had their name as PopCrave as well and spread a rumor that the album would be out on September 18.

The post also added that the album would be titled ‘alt’ and contain 11 tracks with features from Summer Walker, Frank Ocean, and fellow TDE artist, Isaiah Rashad. There was even a claim that this would be SZA’s final album. SZA has now replied to this account and told them to “stop spreading fake s*it.”

“Please stop spreading fake *hit all over the place,” SZA said. “Lmao I never said I’m making one more album or any of this other stuff.”

Her publicist, Brittany Burton, also just confirmed to HHV that this was all a lie on the fan’s part. They labeled the tweets as a “whole lie.” We are all ready for SZA’s album but there should not be fake rumors like this when SZA hasn’t even spoken about any specific timelines for its release. 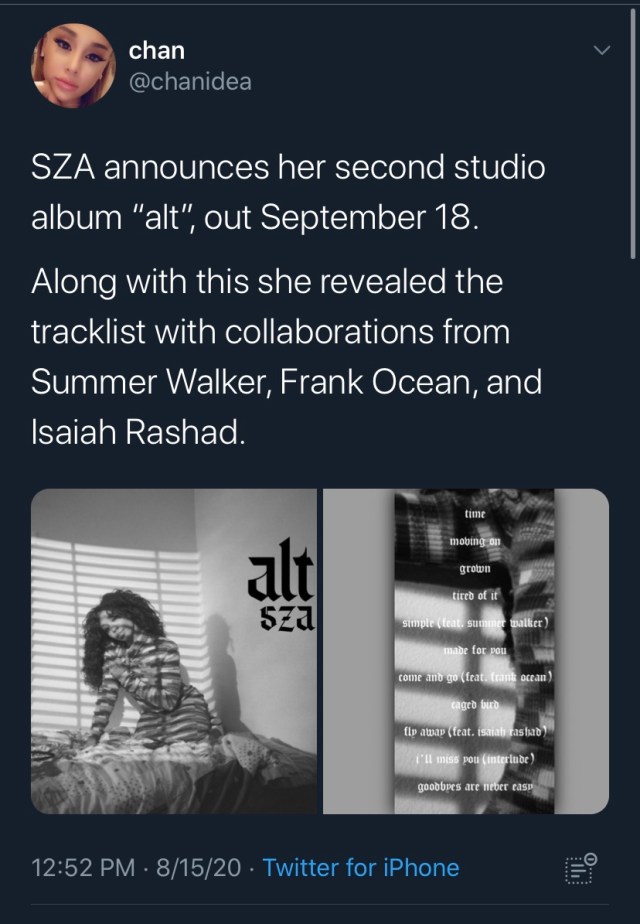 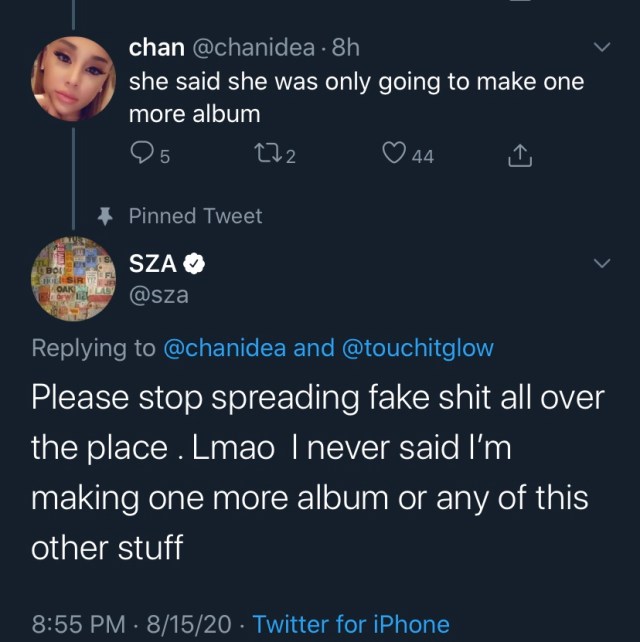 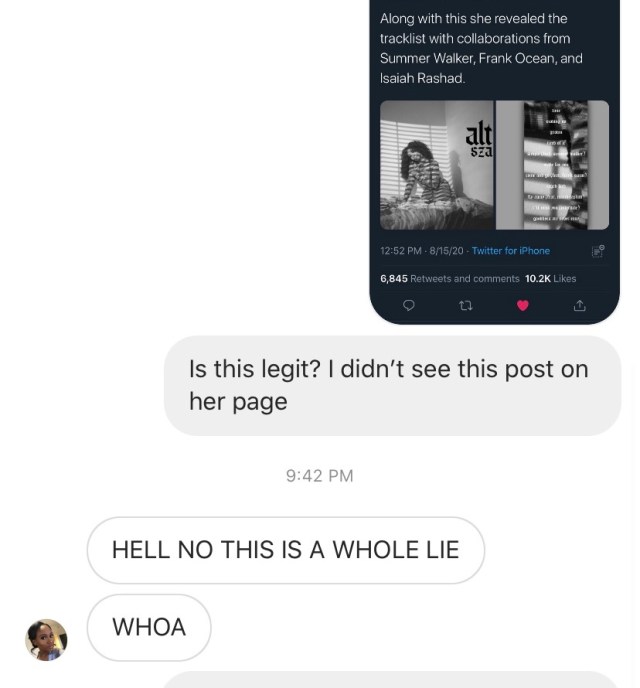