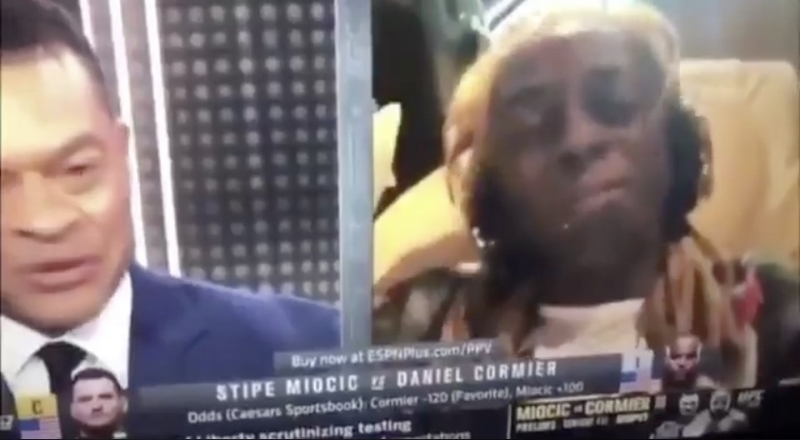 Lil Wayne released his 13th studio album, ‘Funeral,’ in January which was led by the fan favorite “I Do It” record featuring Lil Baby and Big Sean. This project was highly successful as it debuted at No. 1 on the Billboard 200 chart. The deluxe edition was also released which included eight tracks with features from Benny The Butcher, Doja Cat, and more.

Wayne isn’t slowing down at all, though. He appeared on ESPN this morning and announced several projects that are on the way. They are the sixth installment of his ‘Tha Carter’ album series and the third installment of his ‘No Ceilings‘ mixtape series. In addition to these two projects, the sequel to his 2016 ‘Collegrove’ album with 2 Chainz is also expected to arrive before 2020 ends.

Tha Carter V was released back in 2018 after years of delays due to label issues at Cash Money with Birdman. Fans were excited about that project as that was another No. 1 album for Wayne. No Ceilings 2 was released back on Thanksgiving of 2015. It’ll be interesting to see if Wayne releases all of these projects before the year is up or if he decides to save Tha Carter 6 and No Ceilings 3 for 2021.

Check out Wayne announcing these projects on ESPN below.

BREAKING: Lil Wayne just announced on ESPN that Tha Carter 6, as well as No Ceilings 3, are coming soon

This adds on to the Collegrove 2 collab album with 2 Chainz that is already expected to drop this year pic.twitter.com/m20gJukiFx