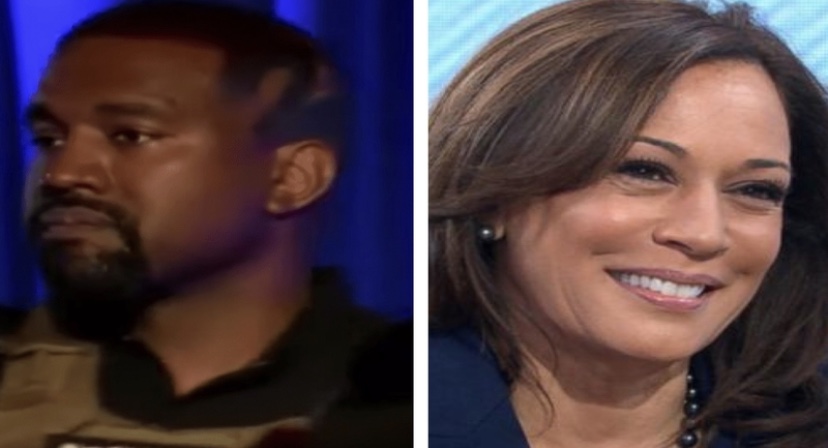 Kanye West is still attempting to run for president despite missing deadlines and possibly being investigated for election fraud. Surprisingly though, he showed Kamala Harris some respect today on Twitter.

This week, Harris was announced as Joe Biden’s Vice Presidential running mate. West took to his Twitter feed this afternoon to congratulate her on this historic accomplishment. He even went as far as saying that she and his mother would’ve been friends.

West added that this is all love and respect from the “future president,” hinting that that will be him. He also concluded by saying that it’s an honor to run against her. This is all very surprising considering the fact that West has sadly sided with Trump before and tried to bash Democrats this year as well. We will see if Ye decides to end his presidential run soon, though. It will definitely be the best decision. 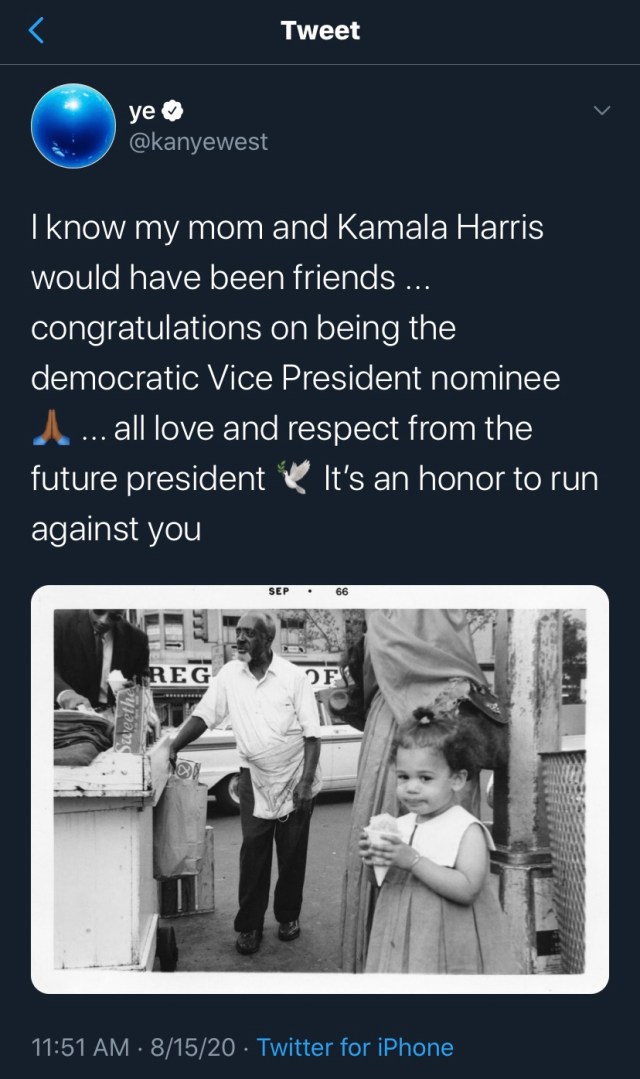