Skip to content
You are here
Home > Hip Hop News > Nene Pollion shares Facebook video aftermath of Fifteen-year-old Chicago boy reportedly shot in the face, in Englewood, by police officer, who was allegedly jumped, leading to hundreds of police officers flooding the block, as the boy fights for his life [VIDEO] 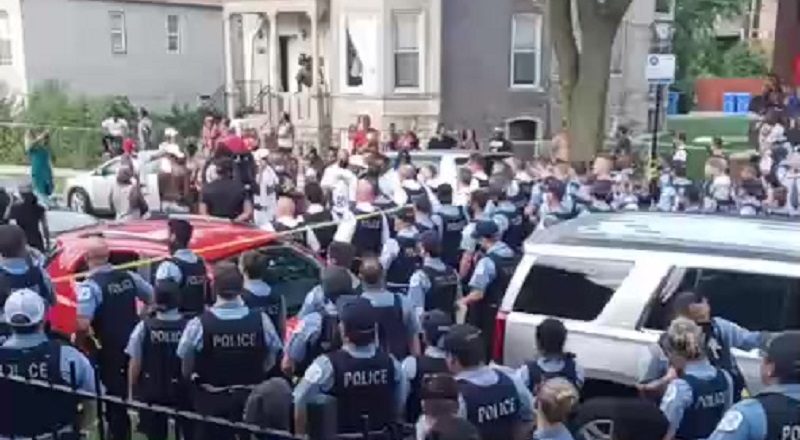 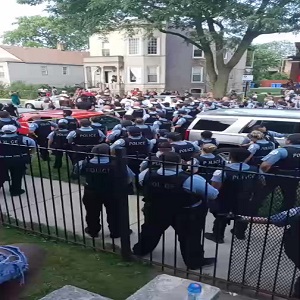 On Facebook, this video is going viral, with people trying to figure out what’s going on. The video takes place in the city of Chicago, in the Englewood neighborhood. A shooting led to the entire neighborhood being overrun by police officers.

Nene Pollion shared the video to Facebook, as the comments about the fifteen-year-old boy being shot in the face by the police explained the situation. After the cop shot the boy, he was jumped by the witnesses, so he called for backup, leading to the cops flooding the streets. A news report spoke on the shooting, and the fired gun was found, with some accusing the boy of firing first, but others refuting this, in the Facebook comments.