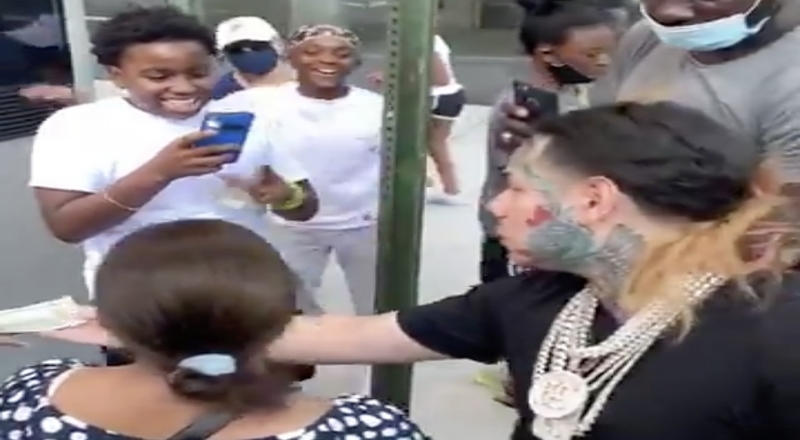 Tekashi 6ix9ine has been a free man since August 1 as he was taken off of house arrest. He then filmed the music video for his new ‘PUNANI‘ single the next day and released it then as well. It already has over 45 million views on YouTube in three days.

6ix9ine has been roaming around New York City without security and we saw one incident yesterday where a man pranked him by chasing him and then end up saying that 6ix9ine dropped some money. Now, the Brooklyn rapper is giving back as well.

Today in NYC, 6ix9ine was seen passing out $100 bills to children who were circled around him. They seemed very anxious to get the money but he made sure that they all had some in their hand. This was a solid move by him considering the fact that he supposedly subliminally dissed Pop Smoke, XXXTentacion, and Nipsey Hussle on Instagram Live over the weekend.

Check out 6ix9ine looking out for the kids below.