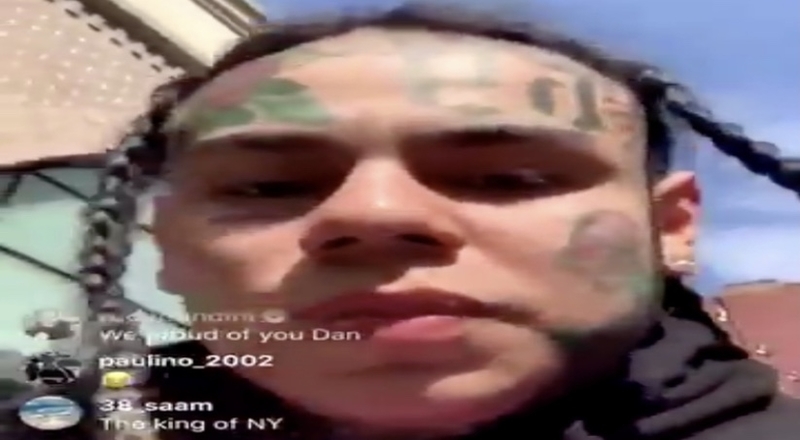 Tekashi 6ix9ine officially became a free man yesterday as he was off house arrest. Today, he got right back to work as he shot a new music video in his hometown of Brooklyn as well.

6ix9ine is now back to entertaining beefs again as this time, it appears he’s coming after the late Brooklyn rapper, Pop Smoke, how was shot and killed In Hollywood Hills in February. 6ix9ine took to Instagram Live to say “Tell these niggas stop dissing me from hell.” This is likely addressing Smoke having a record on his posthumous debut studio album last month titled “Snitching” featuring Quavo and Future.

6ix9ine continued to diss smoke when he addressed why he has so much security with him. He said “Your favorite rapper dead right now with bullet holes in his face.” Social media has since been canceling 6ix9ine as prior to Smoke’s tragic death, he was turning into a star and became even bigger with his posthumous album.

“Your favorite rapper dead right now with bullet holes in his face” pic.twitter.com/ATdUE0g0Go