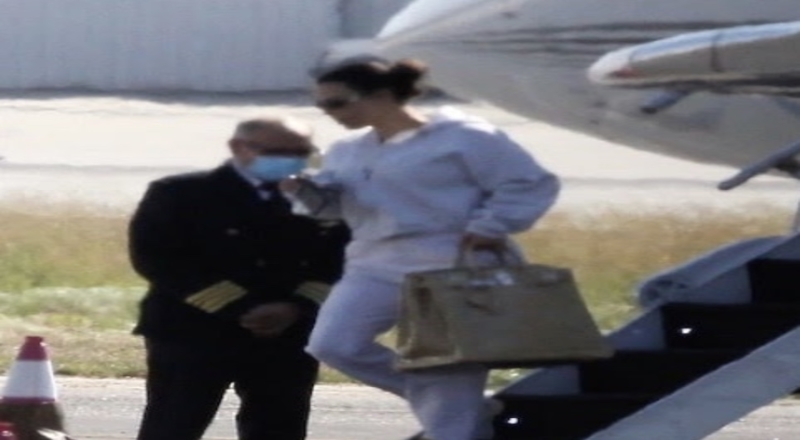 Kim Kardashian flew to Cody, Wyoming to visit Kanye West after he initially ignored her and didn’t want her to come to his ranch there. This also came in the midst of his Twitter rants against her and Kris Jenner. The two were seen at a Wendy’s in Cody when she arrived but things appeared to not go well at all as she was also pictured crying heavily.

According to TMZ, Kardashian flew back to Los Angeles on a private jet as she went back alone. West is reportedly still staying at the ranch so he can finish his 10th studio album, ‘Donda.’ It was initially supposed to be released on July 24. Lil Baby is reportedly in Cody as well as he wanted to collaborate with West following the claim by Ye that Baby didn’t want to work with him.

West publicly apologized to Kardashian on Twitter on July 25 after the Twitter rants as he acknowledged that he shouldn’t have spoken about her publicly and also asked her for forgiveness. West had also accused her of cheating on him back in 2018 with Meek Mill when they met to discuss prison reform.