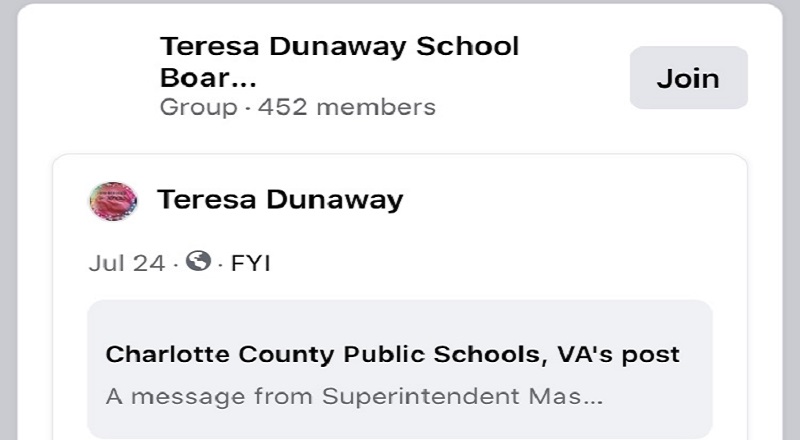 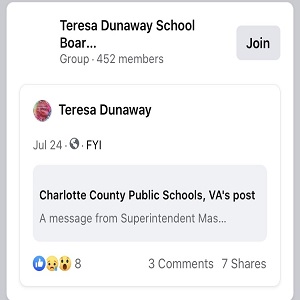 Either many people don’t get it, or they pretend not to get it, because they don’t care. The George Floyd murder happened, two months ago, and there is still outrage. What people overlook is that this kind of thing happens to people of color on a daily basis.

Simply put, the George Floyd’s of the world never get the chance to tell their side of the story, so they can survive. No matter what happens, they always seem to get killed. So, the world using this as a catalyst to begin to make change is a big deal.

Teresa Dunaway, a school board member for Charlotte County Public Schools, in Virginia is one of those people. Not only is she upset by the memorial hologram, of George Floyd, being shown in Richmond, she also has an opinion on it. Her exact words were “Stupid as hell,” and she boldly added “Yes I said it!” 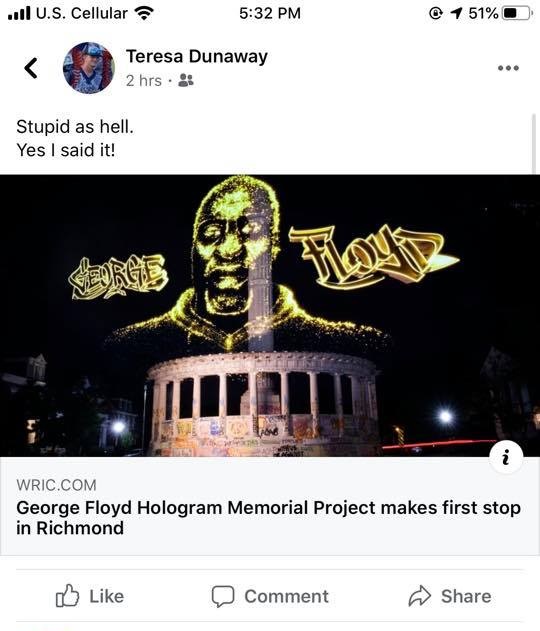