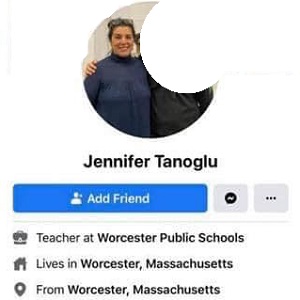 It’s very saddening to see people be completely judged by the actions of other people, who look like them. When a person of color commits a crime, the entire race gets judged by them. However, when people with less melanin commit crimes, they’re misunderstood individuals.

Social media, if used properly, could have been the end of various racial stigmas. Getting the chance to know people, as people, could have been a beautiful thing. Instead, people mostly got wrapped up in arguments over race and politics, leading to no understanding.

Jennifer Tanoglu is a teacher for Worcester Public Schools, in Massachusetts. She, and some friends, were commenting on an article, that wasn’t visible to readers, where apparently some black parents committed a crime. The people were discussing why they believe black people are all criminals and Tanoglu commented, sarcastically saying that she can’t wait to have their children (black kids) in her class, meaning she doesn’t want them in her class. 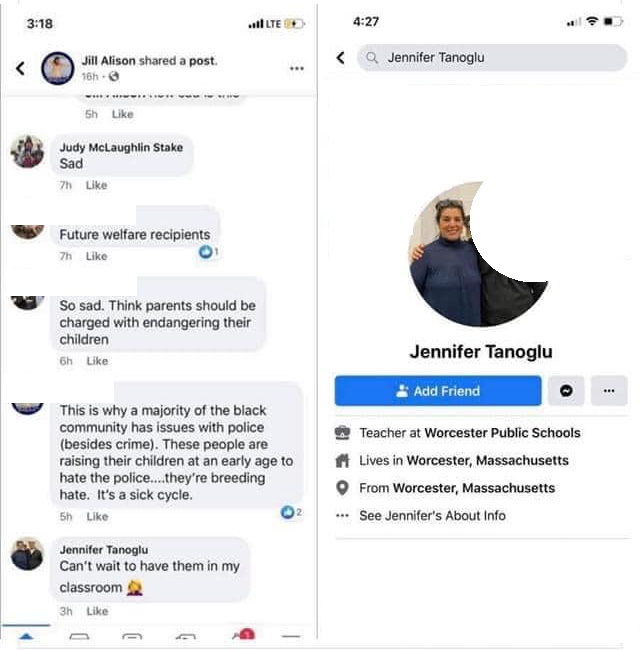 Rolling Loud Reveals Lineups For Summer 2021 Festival in Portugal; Artists Include A$AP Rocky, Future, Wiz Khalifa, Meek Mill, and More
Felipe Nystrom shares scary and shocking story, on Facebook, of him being harassed by Federal Agents, in Portland, as six armed men surrounded him, demanding to see his ID, not telling him who they were, and not accepting his work badge, or allowing him to go to his car to show his ID; Man believes he would have been arrested as an illegal immigrant if the Deputy District Attorney didn’t happen to walk up and confirm he knew Nystrom [PHOTO]