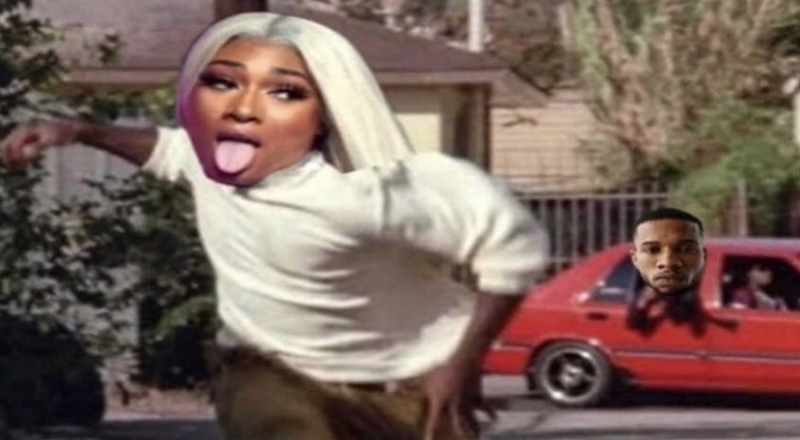 Megan Thee Stallion took to Instagram Live for the first time on Monday since she was shot in the foot two weeks ago after a house party in Hollywood Hills, CA. She revealed that she was actually shot in both feet but luckily, the bullets didn’t hit any bones but she still underwent surgery to get the bullets out. She also emphasized that she doesn’t like the jokes that social media has been making about her at all.

50 Cent posted a meme a few weeks ago where Megan was photoshopped as Ricky from ‘Boyz n the Hood’ running away from getting shot with Tory Lanez being the shooter. Lanez is the suspected shooter in this incident involving Megan and has since been getting canceled left and right on social media, even on his birthday on Monday.

50 is always known for clowning anyone but now, after seeing Megan express her pain today, he just took to Twitter and Instagram to apologize. He genuinely hopes she feels better and accepts his apology.

“Damn I didn’t think this shit was real, It sounded so crazy. @theestallion. I’m glad your feeling better and I hope you can accept my apology. I posted a meme that was floating around. I wouldn’t have done that if i knew you was really hurt sorry.”

Maybe, this is the start of a new 50 or this could just be a one-time thing. Time will tell. As of now, it has not been officially ruled that Lanez was the shooter and Megan has not confirmed this yet, either. Check out 50’s apology below.