Skip to content
You are here
Home > Hip Hop News > Flora Babcock shares video, on Facebook, of an older white couple confronting them, over their Black Lives Matter protest sign, which included foul language, but ironically the husband threatening to kill them, saying “c’mon out to my house and they won’t ever find you again” [VIDEO] 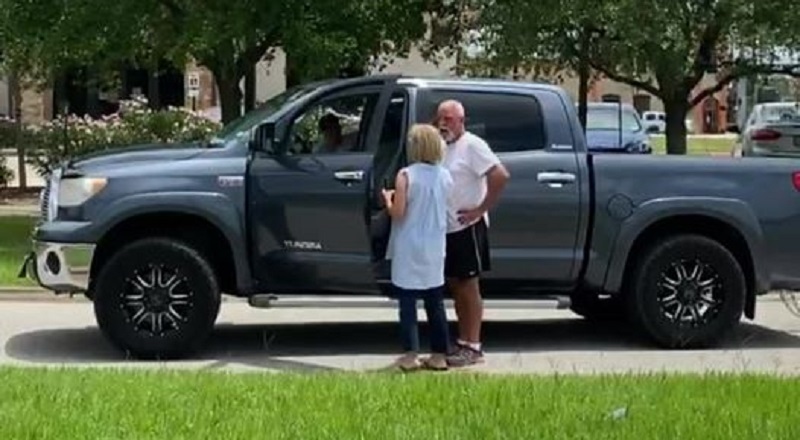 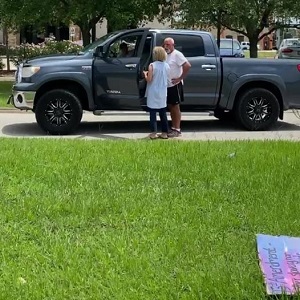 There is protesting going on, around the nation, and there are some acting as if they don’t know why. Minorities are often profiled by the police and killed for next to nothing. Despite how some have justified it, this is what happened with George Floyd and Rayshard Brooks.

This, and the unwillingness by those guilty, to take responsibility have led to the protesting. Sadly, though, what has been witnessed are people more outraged by the protesting than the murders. Often, this leads to more profiling, and more killing.

Flora Babcock was recently a part of a peaceful protest, which was crashed by the couple in the photo, above. The couple stopped, claiming they were offended by one of their signs, which included profanity. An argument ensued, with the man telling the protesters (a group of women) “c’mon out to my house and they won’t ever find you again,” essentially threatening to kill the ladies. 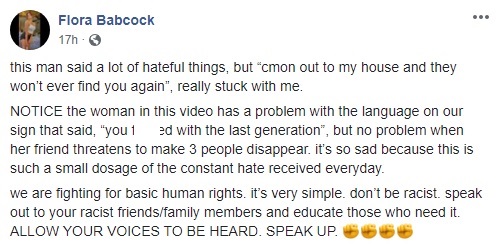