Skip to content
You are here
Home > Hip Hop News > Lil Baby Denies Claim Made By Kanye West That He Didn’t Want To Make a Song With Him; Says Nobody Let Him Know That West Wanted To Collaborate 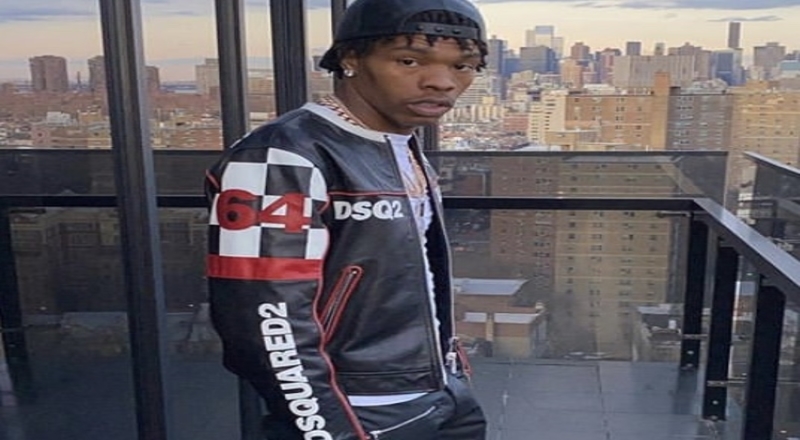 In the early hours of Wednesday, Kanye West went on another rant against his wife, Kim Kardashian and her mother, Kris Jenner. He called them white supremacists for trying to get a doctor to check his bipolar disorder and for Jenner not replying to his text messages. He also randomly said that Lil Baby is his favorite rapper but Baby doesn’t want to record a song with him.

Baby is now addressing this claim by Ye and apparently, there was no truth to the claim. Baby just took to Twitter to say “Nobody told me Ye was trying to get me on a song. That’s f*cced up.” The two haven’t collaborated before but Baby is arguably the hottest rapper out right now so it’s no surprise that Ye wants to get in the studio with him.

Up to this point in 2020, Baby’s created plenty of gold and platinum records. It all started with the release of his sophomore album, ‘My Turn,‘ at the end of February. It debuted at No. 1 on the Billboard 200 chart and got back to the top in June. It ended up breaking a record for the year of five total weeks at No. 1. Some of the most notable records are “Sum 2 Prove,” “Woah,” and “We Paid” feat. 42 Dugg. The album as a whole has since been certified platinum by the RIAA in the US. 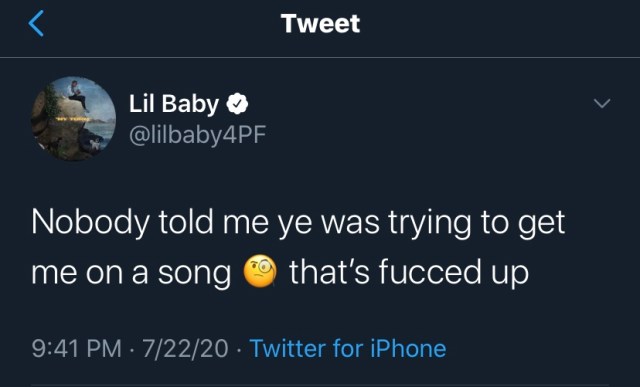