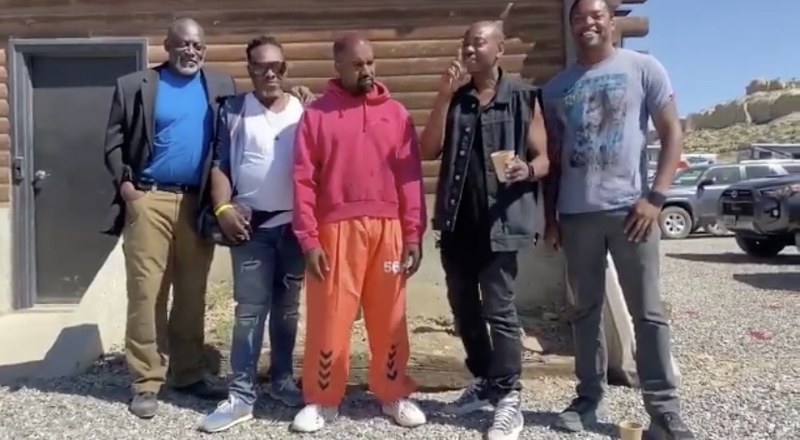 Last night on Twitter, Kanye West exploded. He went in on his wife, Kim Kardashian and her mother, Kris Jenner. He claimed that they tried to get him locked up with a doctor when Kardashian flew to Wyoming before. He also added that Jenner nor her husband are allowed to see his kids. West also posted a text screenshot asking for Jenner to call him and Kardashian as well.

West’s rant concluded with him saying that his 10th studio album, ‘Donda,’ would be out on July 24, as expected. Last weekend, he tweeted and deleted a tracklist for the album. This tweet displayed several songs that may appear on the project.

Now, it looks like Ye is getting some comfort as comedian Dave Chappelle flew to Wyoming to see him today on his ranch. West was very happy as he took to Twitter to post a video of the two and others who came along. West went on to call Chappelle a God and a true friend.

West also missed the deadline to get on the South Carolina presidential ballot following his rally there on Sunday. He missed Florida’s too but was able to get on Oklahoma’s. At this point, it’s safe to say that his presidential chances are done and this is a sigh of relief for everyone.

THANK YOU DAVE FOR HOPPING ON A JET TO COME SEE ME DOING WELL DAVE YOU ARE A GOD SEND AND A TRUE FRIEND ALL LOVE 🕊 pic.twitter.com/ddLA0E9eLK