Skip to content
You are here
Home > Hip Hop News > Kanye West Continues To Lose His Mind on Twitter After His South Carolina Presidential Rally; Says Kim Kardashian and Kris Jenner Tried To “Lock Him Up With a Doctor” 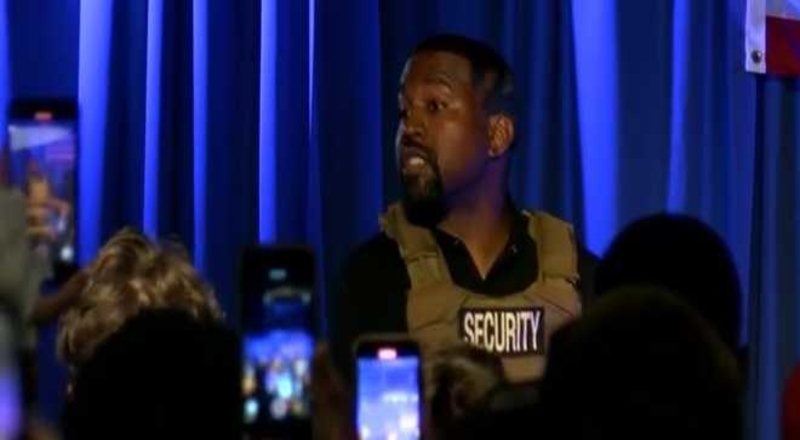 Kanye West has been going crazy since his Charleston, South Carolina presidential rally yesterday. He didn’t end up getting on the ballot and his presidential bid is over before it even started. During that rally, he even said that Harriet Tubman didn’t free slaves and got them to work for other white people. He also added that he and Kim Kardashian discussed having an abortion back in 2012 regarding their daughter, North.

West’s just hopped on Twitter now and delivered another wild rant. He said that Kris Jenner isn’t allowed to be around his kids because she supposedly tried to get him locked up. He added that Kardashian tried to get him locked up with a doctor. West also told Kardashian and Jenner to call him now as he posted a screenshot of a text he sent Jenner. He even condemned Kardashian doing a sex tape and randomly said that NBC locked up Bill Cosby. He summed up the situation with Kardashian and Jenner as him being in the ‘Get Out’ movie.

Kim has since reportedly said that she’s “mortified” of West’s comments at the rally. At this point, his friends and family members believe that he is going through a bipolar disorder. A divorce could be on the way as well. West even refuses to get back on his bipolar pills because he believes that they ruin his “creativity.” He definitely needs mental help.Check out some of the tweets from Ye’s latest rant below. 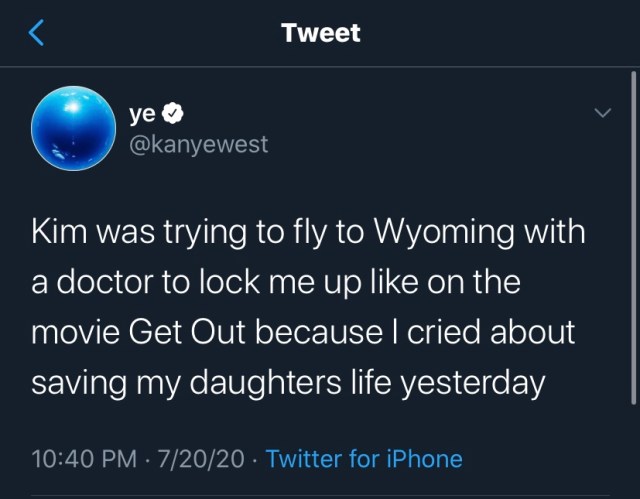 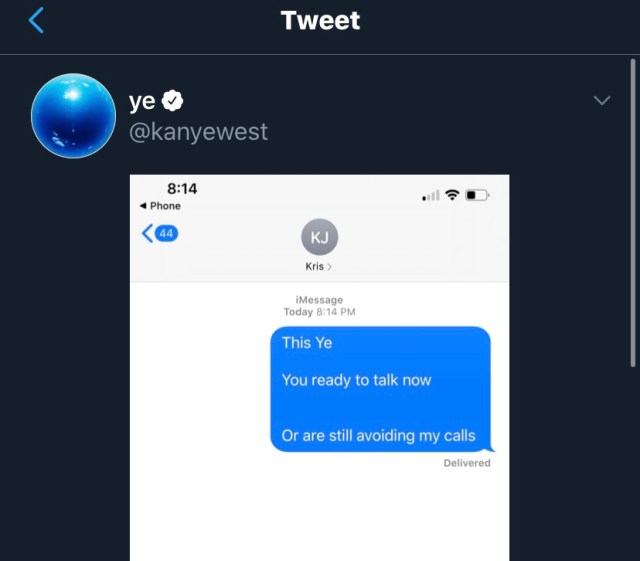 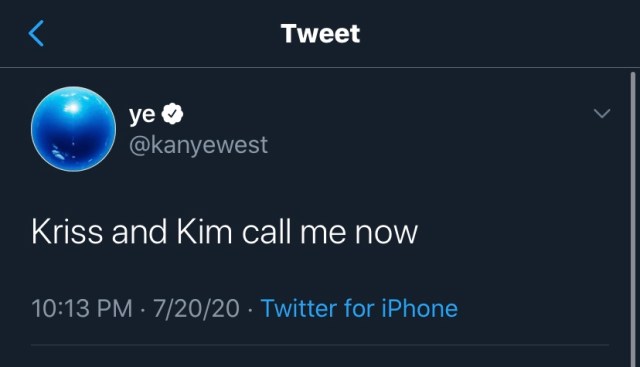 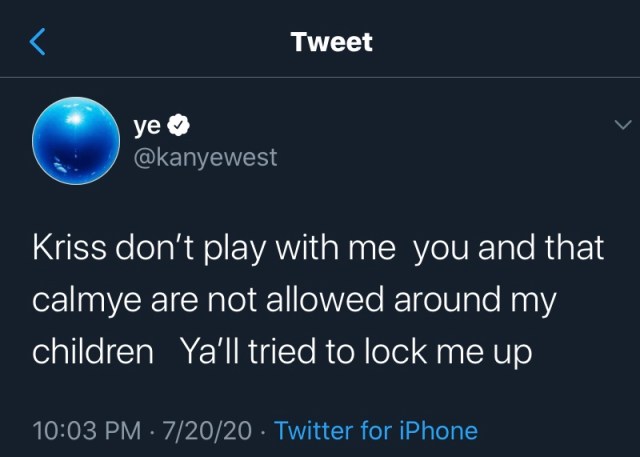 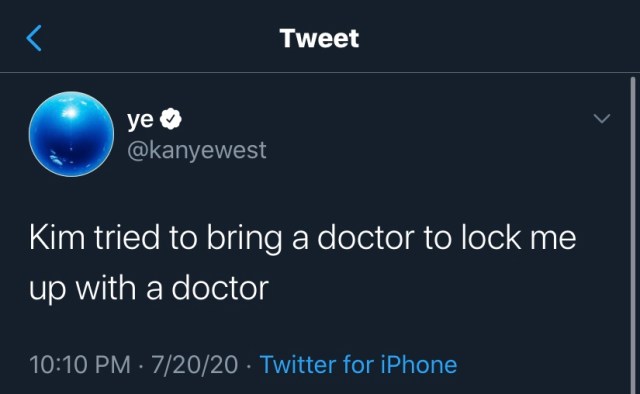 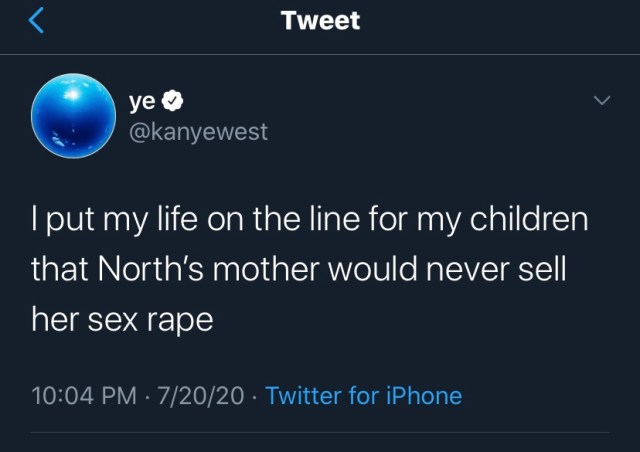