Skip to content
You are here
Home > Hip Hop News > NBA Star, Damian Lillard, Has Been Recording New Music While in Bubble in Orlando 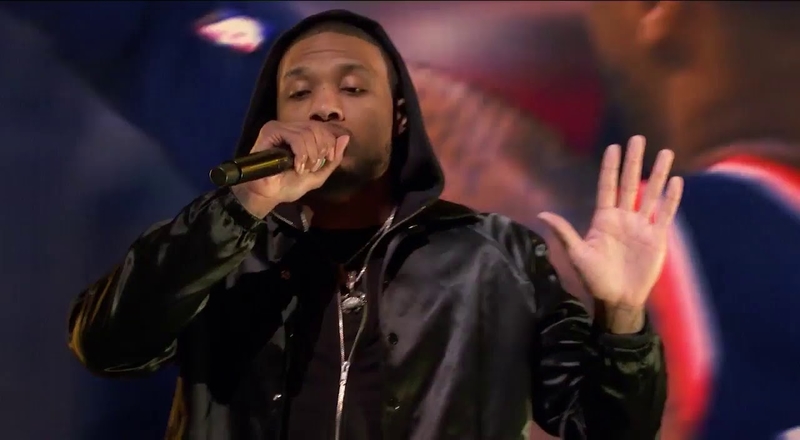 The NBA is getting ready to resume their season in a bubble in Orlando after four months due to the coronavirus pandemic on July 30. Damian Lillard and his Portland Trailblazers were invited back in order to try to compete for the eighth spot in the West as well.

Many know that Lillard also raps under the name Dame D.O.L.L.A. and has some of the most impressive lyrical skills out. He’s even worked with names such as Lil Wayne, Mozzy, His last project was ‘Big D.O.L.L.A.’ which was released last August as it contained 20 tracks in total with the deluxe edition and included appearances by Wayne, Mozzy, G-Eazy, Lil Durk, and more.

Dame is also working on new music while in the bubble, as said in a new interview with ESPN. He even compared his sports and music personas to that of Donald Glover with Childish Gambino.

“That’s the point I want to get to,” Lillard said. “I admire him with how he’s established himself into two different lanes. People respect him in each lane. That’s my goal.”

“I saw people saying that there would be complaints of him recording music, but I don’t have any speakers. Everything is in the headphone speakers,” he said. “I’m rapping out loud, but not screaming to the top of my lungs. Nobody is going to hear me rapping.”

Dame’s latest track is “Home Team” featuring Dreebo which was released on Friday. That was most likely recorded either right before he went to Orlando or while in the bubble there. He also released “Goat Spirit” featuring Raphael Saadiq last month along with “Blacklist,” which addresses racism and police brutality in America. Hopefully, we continue to receive new material from Dame in his free time from the court.