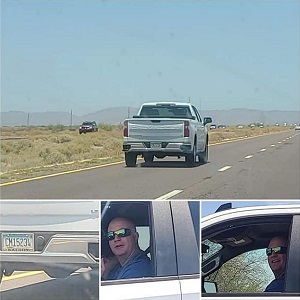 Instead, La Vonta Bentley-Wells ended up in a terrifying situation, where her life was in danger. The woman, along with her daughters and granddaughters, were the target of the man in the photos. While terrorizing them, Bentley-Wells said the man smiled and laughed.

La Vonta Bentley-Wells shared on Facebook that she was driving along, when the man, whom she never encountered, driving the white truck, tried to run her off the road. When she didn’t move, he went around her, taunting her by making a gun with his fingers and aiming it at his head, threatening her. Her daughter managed to get photos of him as he, along with his family, laughed, while he threatened her, and they took pics. 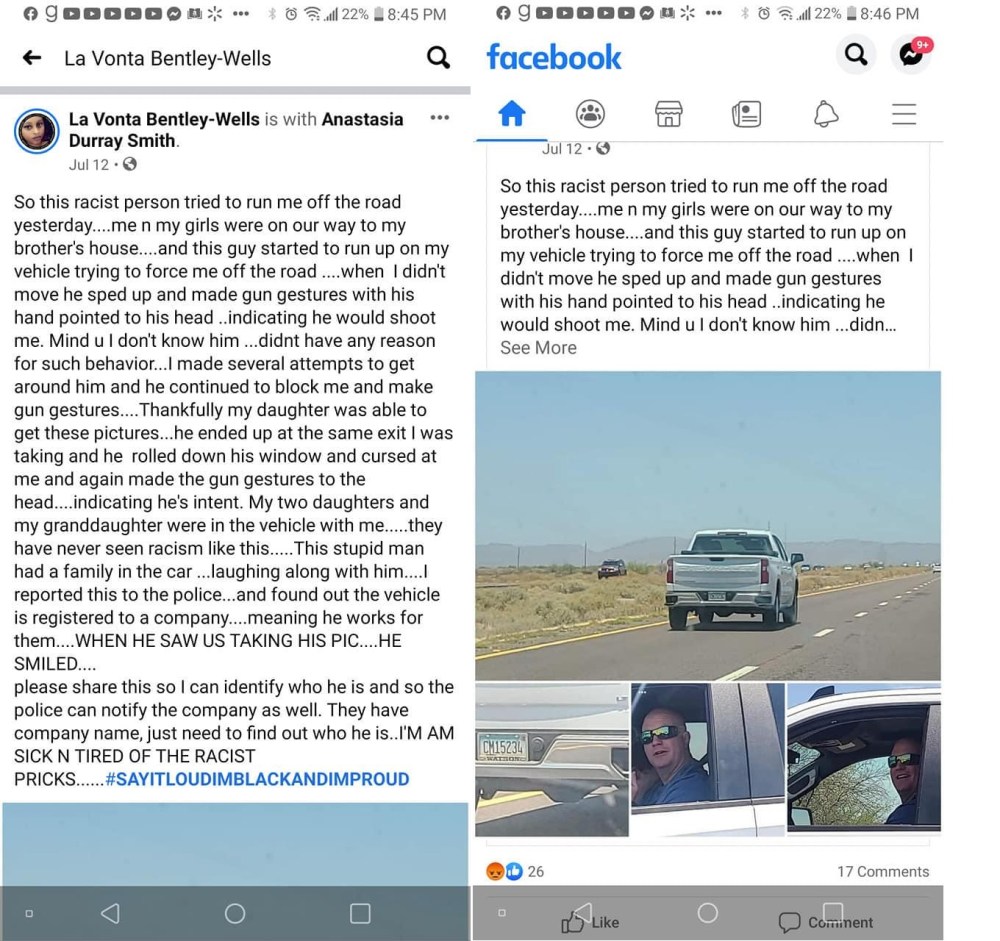 Juice WRLD Earns Biggest No. 1 Debut of 2020 at 497,000 Units in First Week; Joins The Notorious B.I.G., 2Pac, Pop Smoke and XXXTENTACION as Only Rappers in History to Posthumously Reach No. 1
Amy Roth, a special education teacher and volleyball coach, in Jefferson County, Kentucky comments on photo of black protesters blocking highway to run them over, saying they will blend in with the pavement [PHOTO]