August Alsina announced late on Saturday night that he had a record releasing at midnight titled “Entanglements” featuring Rick Ross. As everyone knows, Jada Pinkett Smith used this word to describe the relationship she had with Alsina when she was dating him during her separation from Will Smith four years ago. Now, the song is finally here and there are some very interesting lyrics that are likely about Will and Jada.

The first lyrics by Ross in his verse to start out the song were “Shawty leanin’ on my shoulder, got her questionin’ my willpower
Jaded by her beauty, but her reputation real solid.” The MMG boss also said “Still I gotta get around, favorite artist was 2Pac,” which likely mentions Pac due to the late rapper’s relationship with Jada back in the day which to her, was looked at as just a very close friendship.

In Alsina’s verse, he said “I’ma pull up when he dip. He’s always think me and you f*ckin’. If he see me, he gon’ trip.” This appears to be him playing the side role when Jada isn’t with Will. This song throws a lot of shade but nonetheless, this is a hit overall. Alsina and Ross shined. It’ll be interesting to see how Will and Jada respond. This love triangle has been a popular topic on social media since the end of June when Alsina revealed in an interview with Angela Yee that he had relations with Jada. He added that Will gave him his blessings but that has since been denied.

Stream August Alsina’s “Entanglements” record with Rick Ross and check out Twitter reactions to it below. 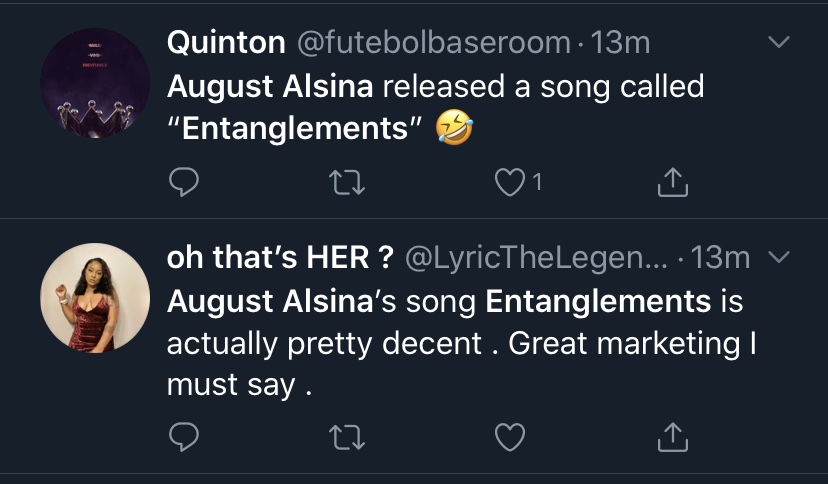 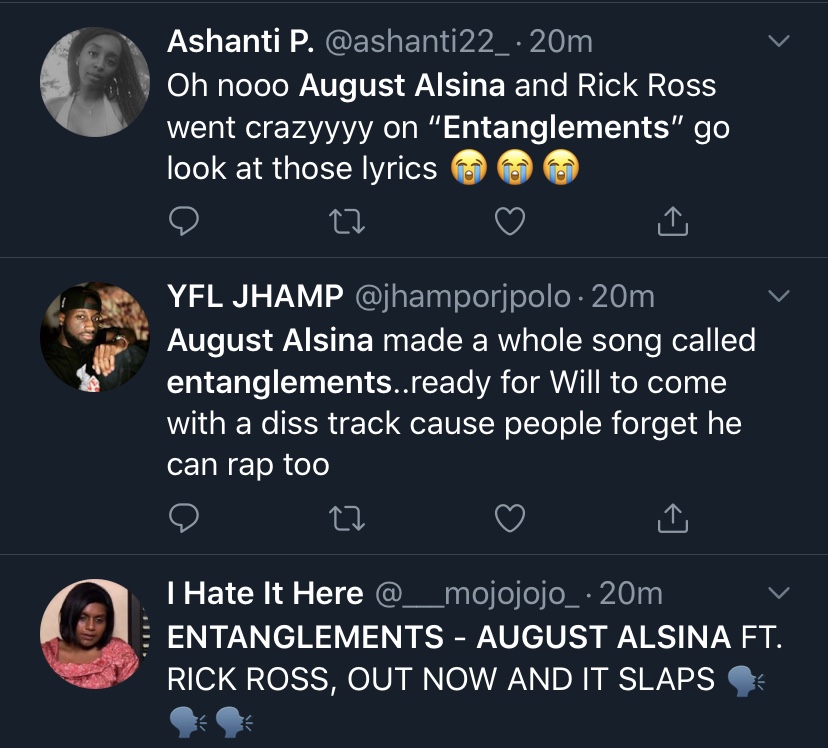 Stream “Entanglements” by August Alsina and Rick Ross below.

Teresa Wing Turley, owner and bartender at Turley’s Pub, in Powers Lake, North Dakota, refers to black people as “a bunch of wild monkeys,” saying “we shoot wild animals… we shoot to kill and they all deserve to be shot” [PHOTO]
Greg Nard’s Facebook post goes viral of Gregory Michael Johnston, who had been molesting an eight-year-old black boy for two years, who was in his wife’s daycare, putting a gun to his head, and making him perform until he threw up; Prosecutor filed motion to dismiss the case without the consent of the mother [PHOTO]