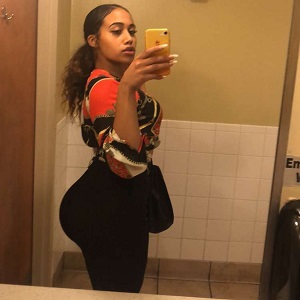 For whatever reason, Bow Wow seems to always be tied to some kind of rumor. When Bow Wow mentioned feeling suicidal, social media spoke out and asked why. During an interview, with “The Breakfast Club,” Bow Wow said it was the constant bullying.

Bow Wow was right, because Twitter, during that span of time, often made him the butt of jokes. However, Bow Wow did admit his daughter was worth living for. While his daughter’s mom moved on, having another child, Bow Wow remained the father of one.

However, Olivia Sky, a well-known Instagram model, just claimed that Bow Wow is the father of her infant son. When asked if Bow Wow has seen the child, she confirmed that he has. She even shared a pregnancy photo of herself.

Heather and Baxter went viral on Facebook, for responding to a photographer’s ad about a single male and female doing a photo shoot, which they did, and instantly clicked; Baxter’s wife, Chelsea Smith, speaks out, saying this has been painful for her to watch, only for Baxter to explain that he told his wife about the shoot, COVID-19 has them unable to finalize their divorce, and Heather won’t pursue dating him until he does + Baxter and Chelsea separated in January [PHOTOS]
Tory Lanez is Reportedly The One Who Shot Megan Thee Stallion Twice in The Foot After They Left House Party in Hollywood Hills Last Weekend