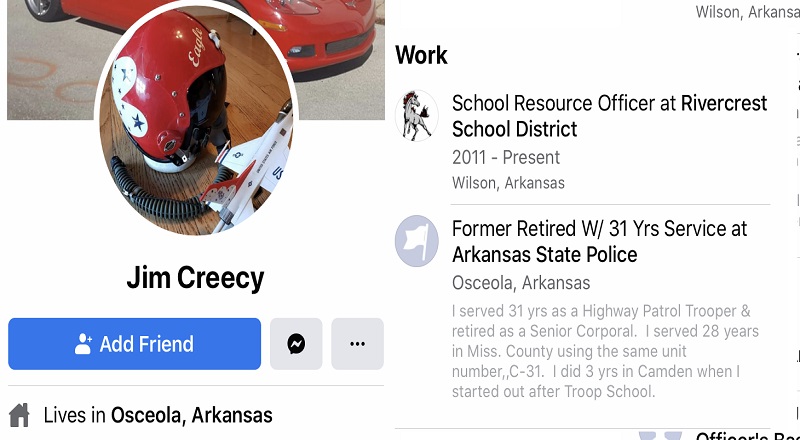 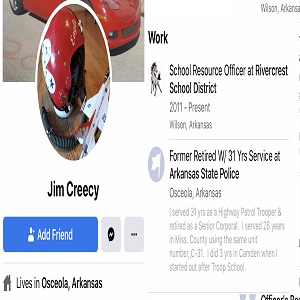 It’s sad enough seeing the innocent black lives being lost, but it’s even worse seeing Black Lives Matter being dehumanized. Likened to terrorist organizations, such as the KKK, the group only exists to combat police brutality. But, others say black lives don’t matter.

Jim Creecy is a member of law enforcement, but he appears to have a low opinion of black people. For thirty-one years, Creecy worked with the Arkansas State Police. Since 2011, he has been a resource officer at Rivercrest Elementary School district, in Arkansas.

A Facebook comment from Jim Creecy, regarding Black Lives Matter, is gaining attention. Dismissing the Black Lives Matter movement, Creecy mockingly said black lives do matter. He then went about describing how to kill black people, saying tying a rope around their ankles, making them drink bleach, and drowning them in three miles deep water, which is shocking to say the least.