Skip to content
You are here
Home > Hip Hop News > Brett Hankison, Breonna Taylor’s killer, is on vacation, while no charges have been filed, yet, and Porsha Williams was arrested for peaceful protesting in Taylor’s honor, in Kentucky [PHOTO/VIDEO] 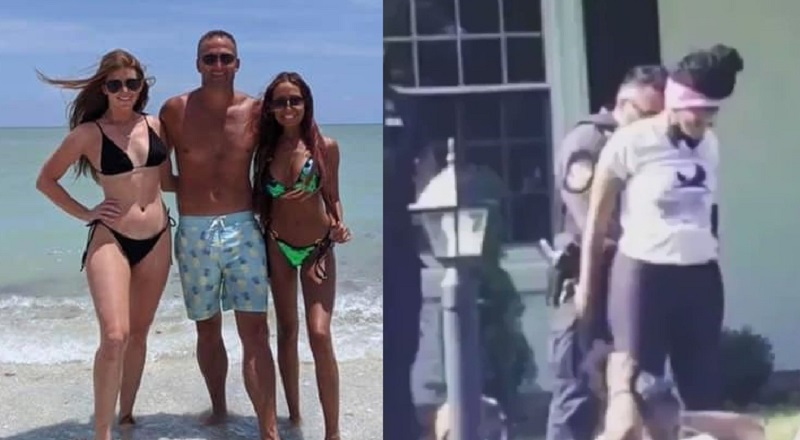 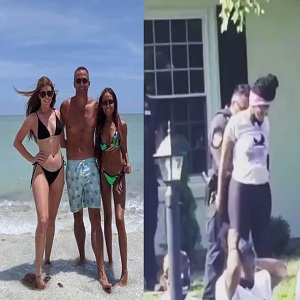 In a nation as large as the United States, the laws are comprehensive, and often contradict themselves. These contradictions create loopholes, which some often exploit. The “no-knock” law, in Kentucky, allowed officers to murder Breonna Taylor and avoid prosecution.

Even though it was the wrong home, the police got off, mainly due to doing their job. Kentucky’s governor has investigated the officers, who have sued him, in return. Meanwhile, Brett Hankison, one of the three officers involved, is on vacation.

While Brett Hankison’s wife was sharing photos of him all smiles on the beach, Porsha Williams was in Kentucky, protesting on behalf of the late Breonna Taylor. For her efforts, Porsha was arrested, and people are upset, as the officers are free. On both Facebook and Twitter, the officers are being dragged for living life like nothing happened, meanwhile Porsha is in jail.

See the photo of Brett Hankison on vacation below: 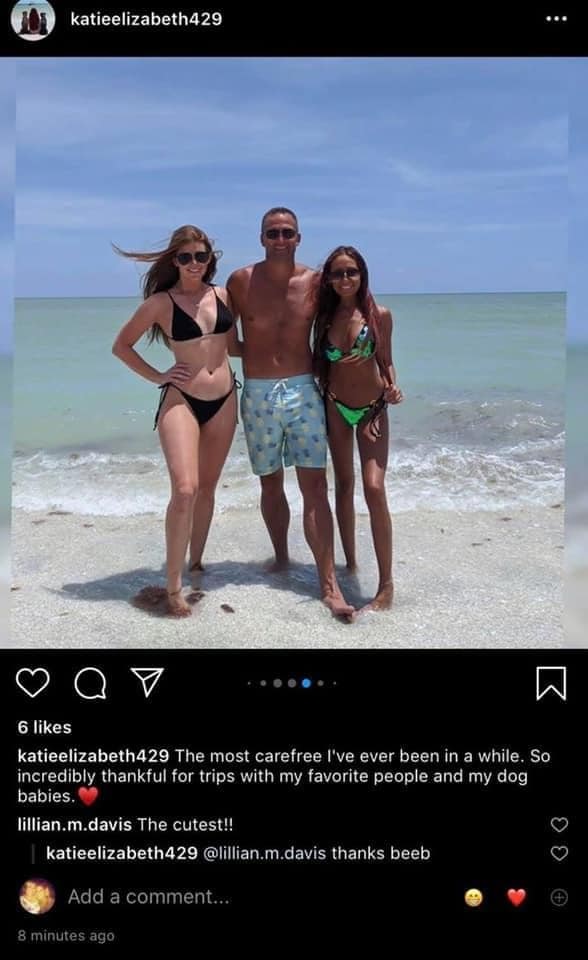 Watch the video of Porsha Williams being arrested below:

Porsha Williams was arrested during a peaceful Breonna Taylor protest in Atlanta. These cops really have nothing better to do.

Porsha really been showing out for us ❤️ pic.twitter.com/jMRXcKLRtK

Read the Facebook comments about Brett Hankison’s vacation below: 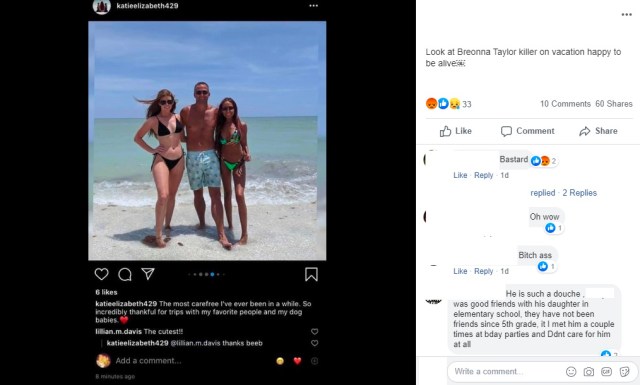 Read the tweets about Porsha Williams’ arrest below: