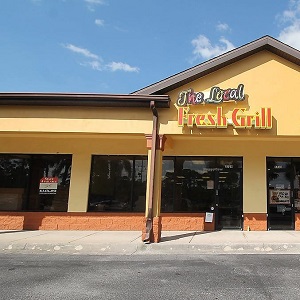 Right now, racial tensions are the highest they have been in decades. A lot of resistance has come, due to Black Lives Matter rising to prominence. Many people within the black community feel as though their race is being hunted, and rightfully so.

In Florida, The Local Fresh Grill of Pasco, has already spoken out, saying they are a police haven. Now, Ron Pentaude, the owner of the restaurant, is speaking via their Facebook page. His latest rant calls Black Lives Matter a group that pushes hatred and said that anyone who thinks he is racist should feel free to eat elsewhere.

Read The Local Fresh Grill of Pasco’s Facebook status below: 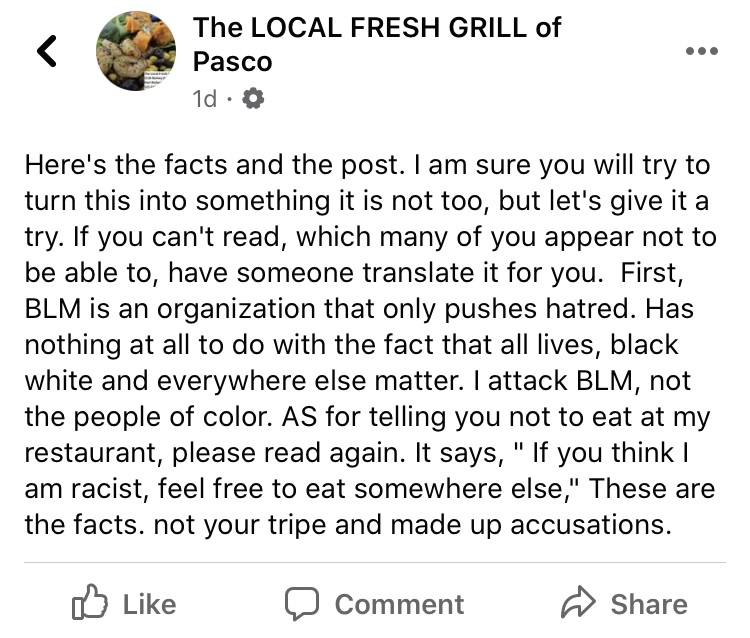