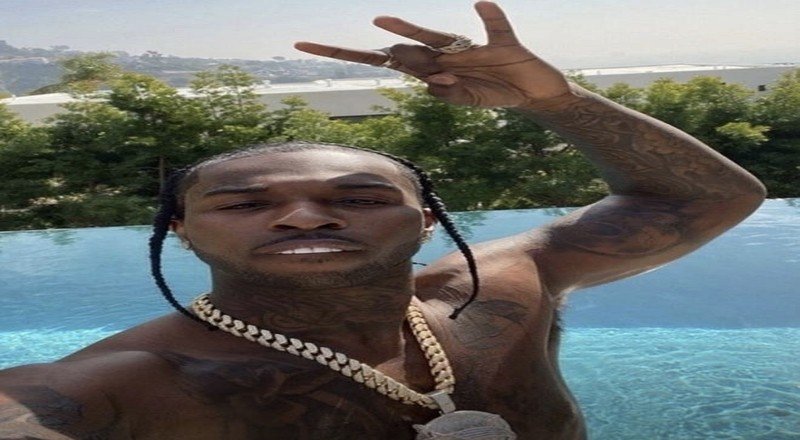 Pop Smoke’s posthumous debut studio album ‘Shoot For The Stars Aim For The Moon‘ was released last week and has received heavy approval from fans. It is now on its way to becoming the No. 1 album in the country. It will be ending Lil Baby’s ‘My Turn‘ album’s record five-week run at No. 1 in 2020.

This month will also mark five months since Smoke was tragically shot and killed in a Hollywood Hills mansion in California, Around 4:30am, men came into the mansion masked up and took his life. LAPD had struggles in the case as potential witnesses refused to speak while others gave false information.

According to TMZ, there are some huge breakthroughs now in getting Smoke justice. Warrants were handed out early Thursday morning as three men and two juveniles were arrested in connection to the murder. They’ve already been booked by police the full list of charges are still unknown.

Prior to Smoke’s murder, he also released his ‘Meet The Woo 2‘ mixtape earlier that month. It has since been certified gold by the RIAA in the United States. Some of its biggest hits have been “Christopher Walking” and the “Dior” remix feat. Gunna.