Skip to content
You are here
Home > Hip Hop News > Lyneise Rachelle shares to Facebook that her daughter, Talia Renee Jones, went missing on July 7, and is possibly kidnapped, last tracked at her North Miami home, but not seen since 5:30 pm, and noted a black truck was circling her house, which was found, but her daughter was not [PHOTO] 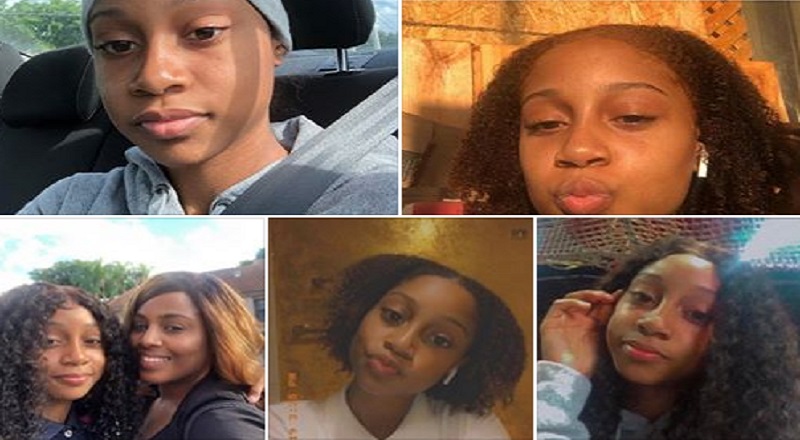 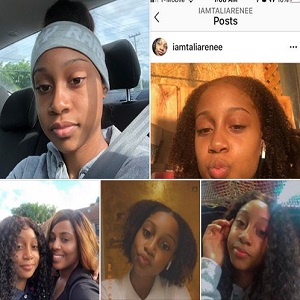 Another young woman is missing and another mother is heartbroken. It is another pandemic that has been going on for far too long. The missing young woman is Talia Renee Jones, who happens to be a rising popular cosmetics CEO, on social media.

Talia Renee Jones has 10,000 followers on Instagram. She has used her popularity to promote her Talia Renee Cosmetics company. This young woman has her head on straight, already running a business at the age of seventeen.

Lyneise Rachelle, Talia Renee Jones’ mother, is speaking out, on Facebook. Her daughter is missing and she is pleading with people to share her story to help find her. The mother said her daughter was last seen, yesterday, around 2:30-5:30 pm, and last tracked on her T-Mobile cell phone, between 9:15-11:30 pm, at their North Miami home.

According to Lyneise Rachelle’s nephew, a black truck was circling their home, and Talia Renee hasn’t been seen since, although the truck has been found. 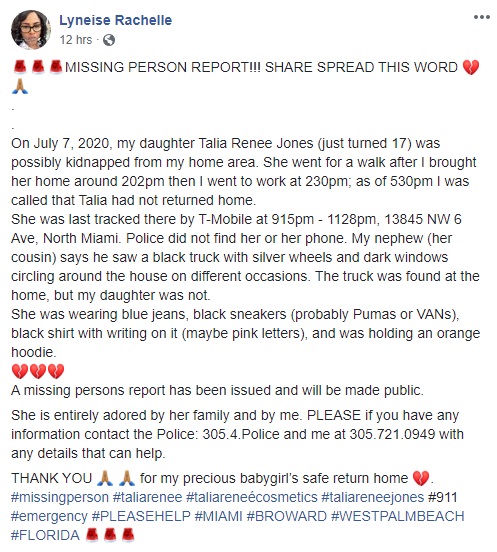