Skip to content
You are here
Home > Hip Hop News > Kim Barnhart, a realtor, is the North Carolina white woman who called the police o two black and Latin residents, because she didn’t recognize them, and they lived there; People are flooding her Yelp reviews with negative reviews, as her employers are standing by her [VIDEO] 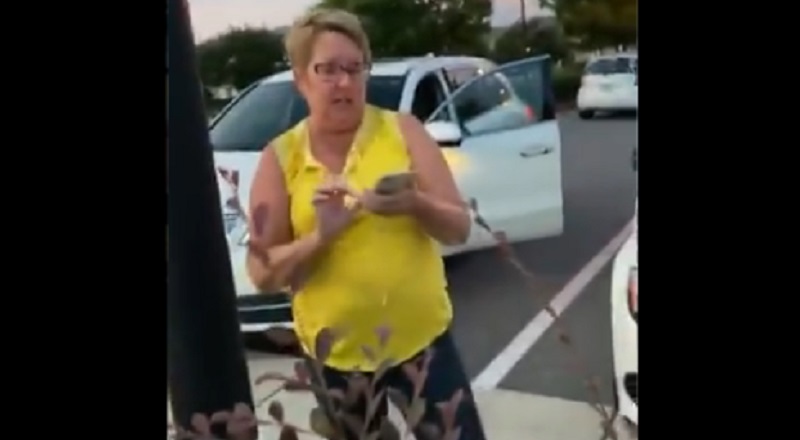 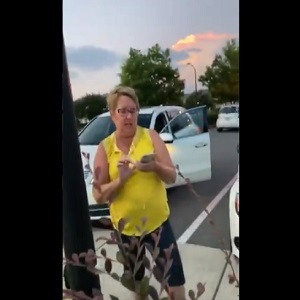 Earlier this week, a video went viral of a Raleigh “Karen” calling the police on two of her neighbors. Insisting that she knows everybody in the neighborhood, she accused these people of lying. The people happened to be black and Latino.

The internet remains undefeated, so they looked this woman up, and identified her as Kim Barnhart, a realtor for Keller-Williams Realty. Over the past few years, people have been reporting situations such as these to places of employment. Keller-Williams stood with Barnhart, though.

Kim Barnhart, however, is not out of the woods. After seeing how she treated those innocent people, people are giving her that energy back. In addition to her place of employment being found, her Yelp has been flooded by negative reviews, all due to this video.

This lady called police on two black & latinx residents because she didn’t recognize them — and did so because she “knows everyone who lives in the neighborhood.”

Read the Yelp reviews below: 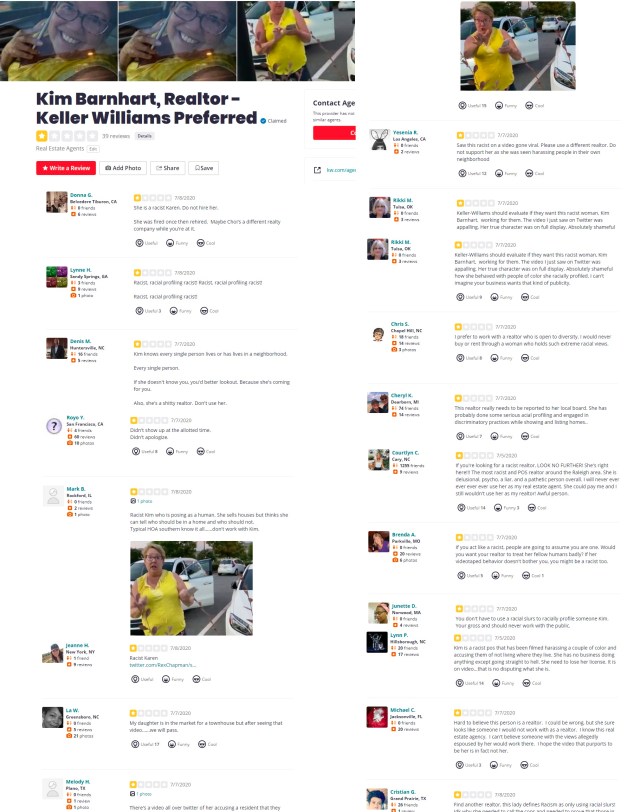