Last week, August Alsina released his first album in five years with ‘The Product III: stateofEMERGEncy.’ This marks his third one in total as it contained a whopping 27 tracks in total with features from Lil Wayne, Juicy J, Tink, and more. He was dealing with health issues before as last summer, he dealt with an autoimmune disease that prevented him from walking.

Fans have since been impressed by his latest project and now, he has social media talking even more with some surprising news. In a new interview with Angela Yee, Alsina said that he had relations with Jada Pinkett-Smith. The two were already close before but now, it was a closer relationship than people thought. Will Smith and Jada had an open relationship and he gave Alsina the green light to take it to that level with Jada.

“I actually sat down with Will and had a conversation … He gave me his blessing,” Alsina said. “And I totally gave myself to that relationship for years of my life, and I truly and really, really, deeply loved and have a ton of love for her (Jada). I devoted myself to it. I gave my full self to it. So much so that I can die right now, and be OK knowing that I fully gave myself to somebody … Some people never get that in this lifetime.”

Check out August Alsina and Angela Yee speaking on this situation along with Twitter reactions below. 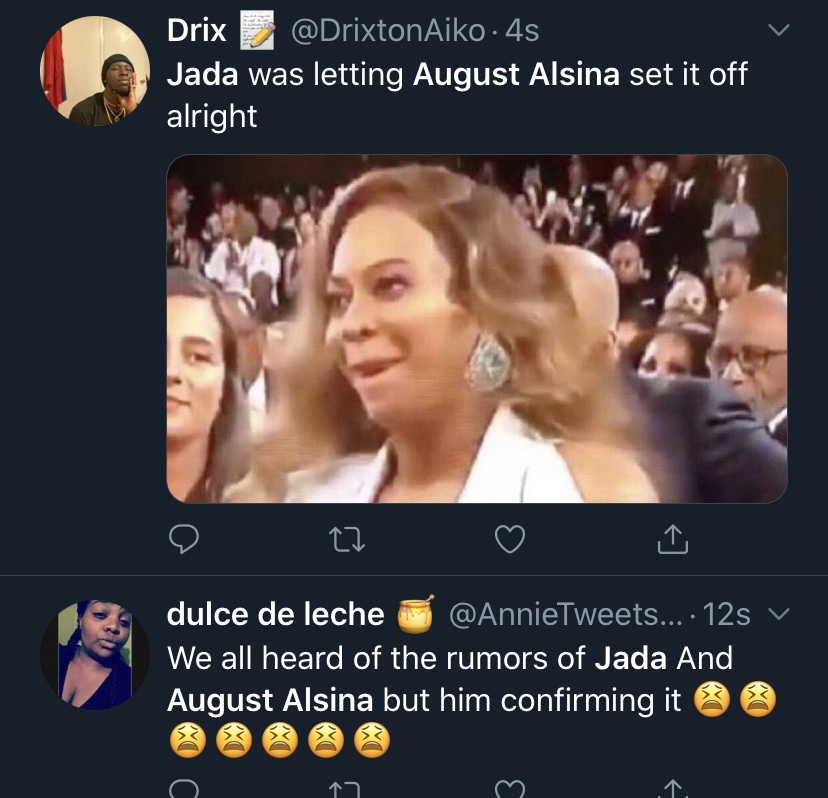 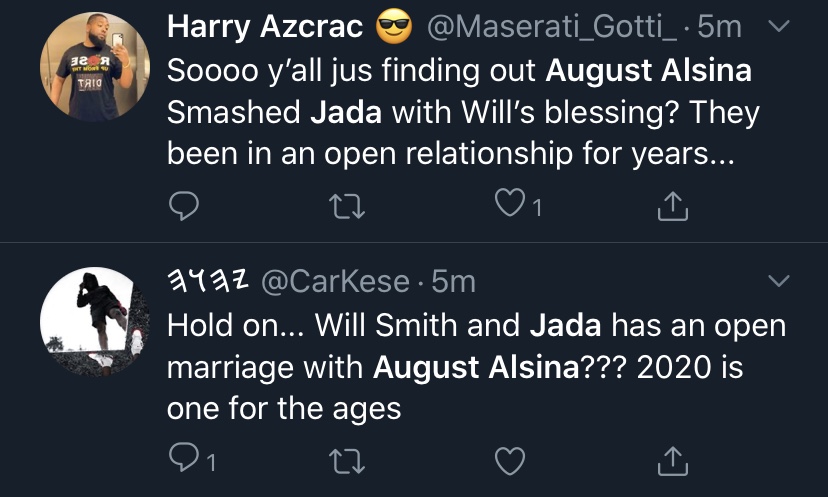 Ronnie Long, owner of Fast Lane Towing and Recovery, in Asheville, North Carolina, says “f*ck Black Lives Matter,” and that he believes the KKK should be brought back to “show you mfs what racism was” [PHOTO]
Gucci Mane Reveals Features For ‘So Icy Summer’ Album Set To Release on July 3; Includes 21 Savage, Lil Baby, Future, and More