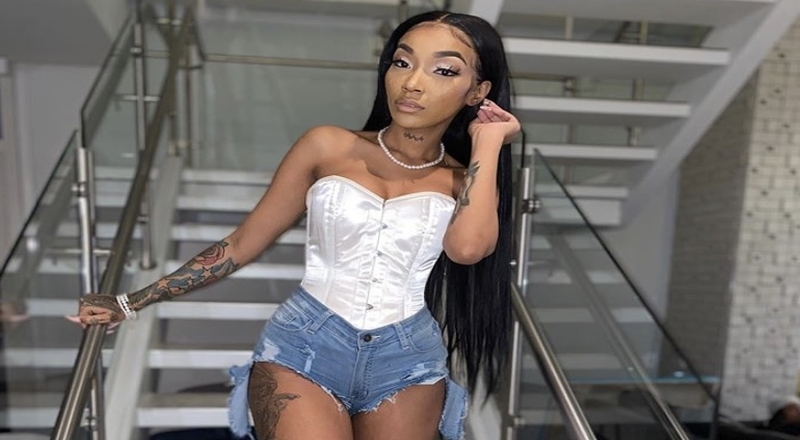 Earlier this month, Tokyo Jetz was getting bashed on Twitter after she posted a video of her saying to a friend that she’d “George Floyd his ass.” This came after she released her new ‘Stimulus Package‘ EP.

Now, the Hustle Gang rapper is revealing that she recently tested positive for COVID-19. She took to Twitter to post a video of herself getting a COVID drive-thru test. Tokyo said this happened after she cooked crabs and realized that she couldn’t taste anything. She added that she could taste things at the back of her throat but not her tongue.

Tokyo also explained how she was able to get her fever under 100 again but it was found to be at 101.3. The person who administered her test also knew from the jump that she would test positive based on her symptoms. Other symptoms were found to be body aches, Chills, lack of smell, sore throat, and coughs. The only one she didn’t have was trouble breathing.

Tokyo went on to acknowledge how people were happy that she tested positive after the George Floyd remark. She said she knew that that would happen but she deserves to get healed too. Hopefully, she gets better ASAP. In the meantime, she continues to make solid business moves as she recently announced a partnership with Rivente Cognac, which is a black-owned liquor line from her hometown of Jacksonville.

Check out Tokyo Jetz taking the test along with the tweets where she addressed testing positive for COVID-19 below.

Ima just go back inside 🥴 pic.twitter.com/bCn8x7YpoS 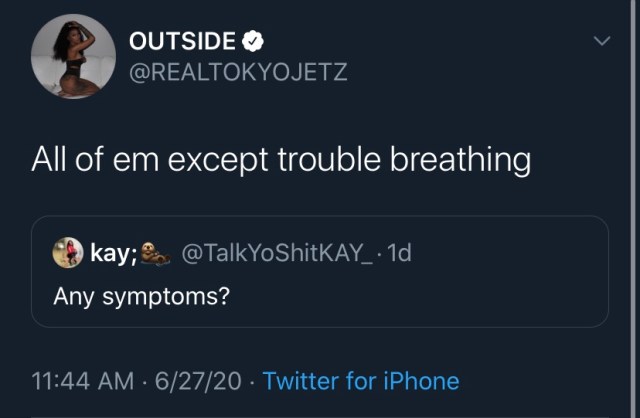 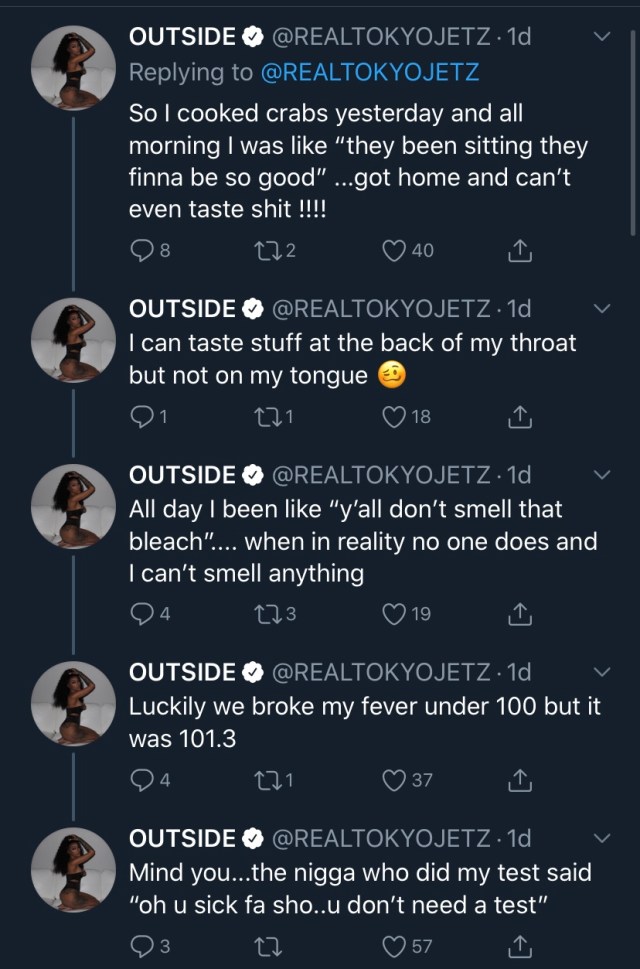