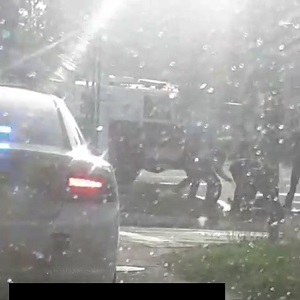 This is the kind of thing that is happening far too often. Some may believe that it is just now beginning to happen, but this has been going on for generations. The only difference is that it is being recorded, now, more than ever before.

George Floyd and Rayshard Brooks’ deaths were all caught on camera, the types of way that would not have happened, decades ago. Even the controversial murder of Trayvon Martin wasn’t captured by camera. A lot has changed since those days.

A woman took to Facebook Live to show the Little Rock, Arkansas police arresting the man. By the time she began filming, the man was already laying face-down, on the ground. Despite cooperating, the police officers were tasering him, and one officer opened fire, shooting him with a real gun.