Skip to content
You are here
Home > Hip Hop News > Natalie White, The White Woman Who is Suspected To Be The One Who Burned Down Wendy’s Restaurant in Atlanta After Rayshard Brooks’ Murder By Police, Faces First-Degree Arson and Reportedly Knew Brooks 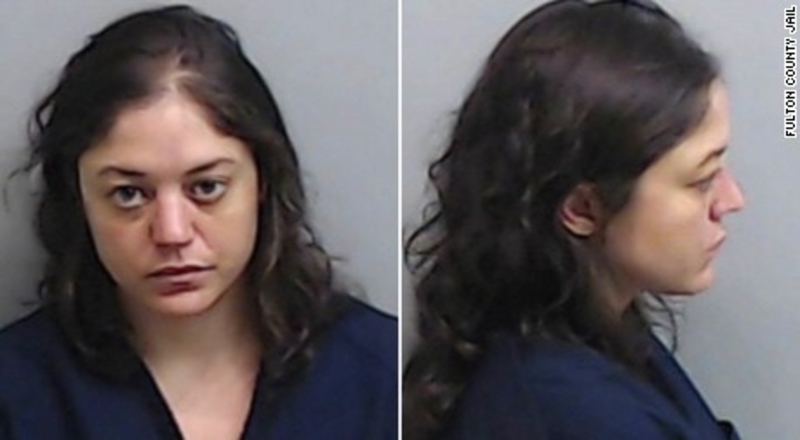 On Monday, Rayshard Brooks was laid to rest after his funeral service at Ebenezer Baptist Church in Atlanta, the venue where Martin Luther King Jr used to preach. Officer Garrett Rolfe has since been arrested and charged with felony murder along with 10 other charges. He’s the officer who shot at Brooks three times with two shots hitting his back. He started to kick Brooks following the shooting as Officer Devin Brosnan stood on his shoulders. Brooks initially tried to take a taser from the officers and run due to fear. Brosnan has since been released on bond. The incident took place at a local Wendy’s where police were called after Brooks fell asleep in their drive-thru.

The day after Brooks’ murder, protestors took to University Avenue, the site of the Wendy’s. It was a heated scene as the restaurant ended up in flames. Protestors were pointed the blame and now, authorities are charging one woman who was the one who was actually responsible.

This is a white woman named Natalie White. According to CNN, she was booked on Tuesday for first-degree arson. This was confirmed by the Fulton County Sheriff’s Office on Twitter. Drew Findling, White’s lawyer, denied that she started the fire. He added that White and Brooks did know each other as well but didn’t elaborate on the extent of their relationship. Previous body camera footage showed that Brooks revealed to police that White was his girlfriend.