Megan Thee Stallion had another epic year and it started back in January when she released her “B.I.T.C.H.” single which samples 2Pac’s 1996 “Ratha Be Ya N*gga” record. She then released her ‘Suga‘ EP after a legal battle with 1501 Certified Entertainment that resulted in her getting a temporary restraining order to release music. This project ended up featuring the smash hit single, “Savage.”

Megan went on to release the Savage remix feat. Beyoncé at the end of April as it went on to become the No. 1 song in the country. The Houston superstar is now back at it with another potential hit as she will release her “Girls in The Hood” single on June 26. It is also now available for pre-order on streaming services.

Megan is also still working on her official debut studio album. Expect Girls in The Hood to appear on this project as well as the Savage remix. Check out the announcement for the upcoming single below. 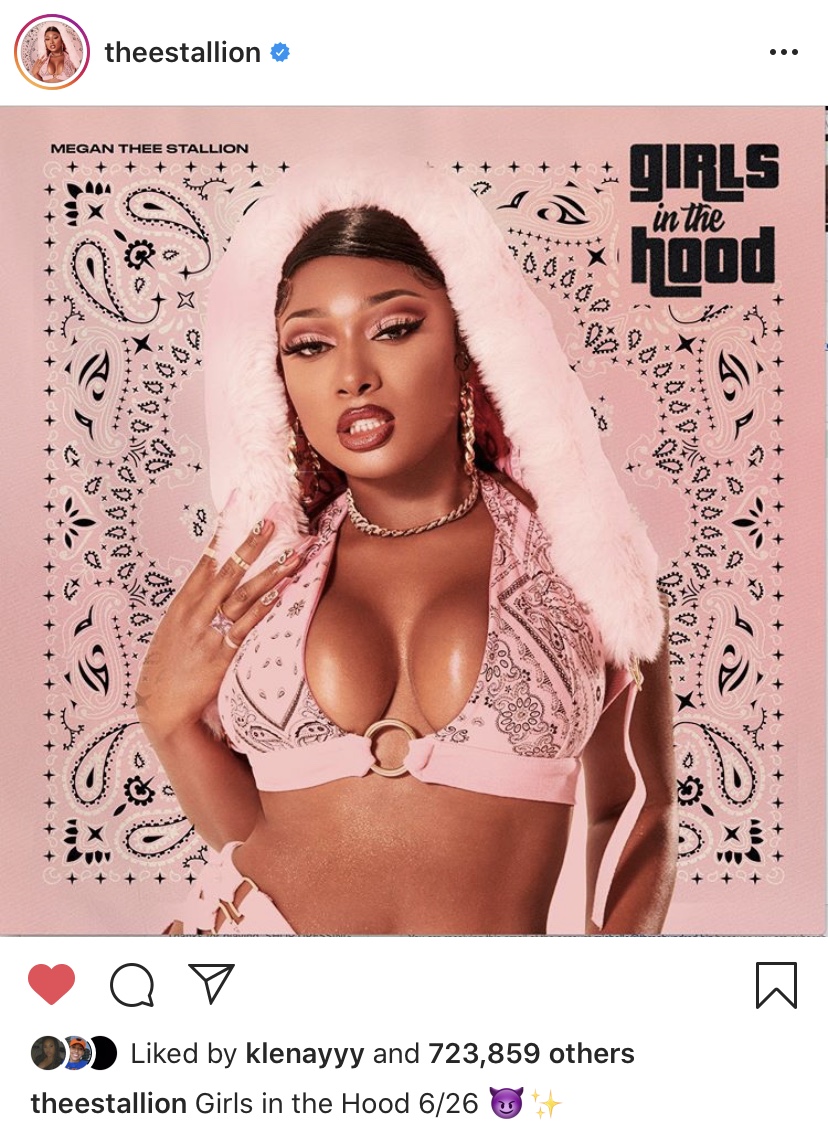 Continue Reading
You may also like...
Related Topics:Girls In The Hood, megan thee stallion

Former NFL Star, Chad Johnson, Says He Recently Found Out That Yung Miami of City Girls is His Cousin
Yasmeena signs to J-Haze’s label, ShowOff Gang Music, which is distributed by EMPIRE Distribution