Skip to content
You are here
Home > Hip Hop News > Russell Simmons being on “Drink Champs'” latest Black Lives Matter episode gets TIDAL dragged so badly that they removed the tweet and Marc Lamont Hill responds, saying he was never comfortable with having him on, and that he stands with the women who spoke out [PHOTOS] 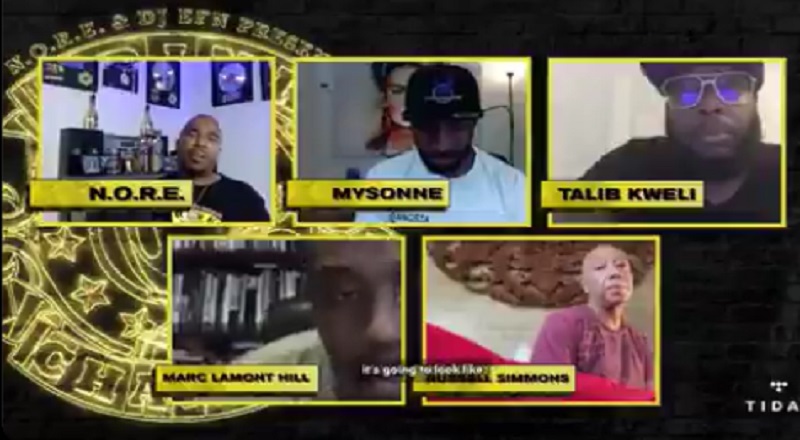 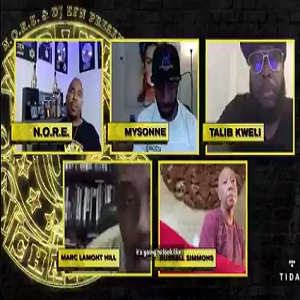 A few years ago, Russell Simmons was accused of sexually harassing and assaulting women. The #MeToo movement is strong and Simmons soon stepped down from his positions, at his companies. However, the founder of Def Jam maintained his innocence.

Eventually, Russell Simmons returned to his companies, continuing to proclaim his innocence. However, there was still a documentary set to air about the allegations against him. The doc was to air on Oprah’s network, sparking much backlash against her, so she pulled it.

Russell Simmons has since moved on, speaking on “Drink Champs,” with N.O.R.E., Mysonne, Talib Kweli, and Marc Lamont Hill on Black Lives Matter issues. Many women took offense to this and they blasted TIDAL for letting this happen, causing them to delete the tweet. Later, Marc Lamont Hill spoke out, saying he was against Simmons being on, asked that his clips not air, and that he stands with the women who spoke out against Russell.

Read the original tweet, the tweets about Russell Simmons, and Marc Lamont Hill’s tweets below: 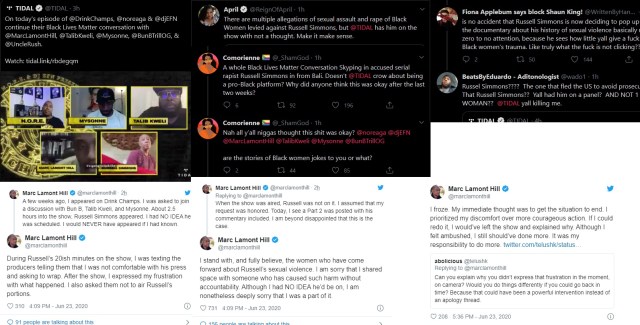