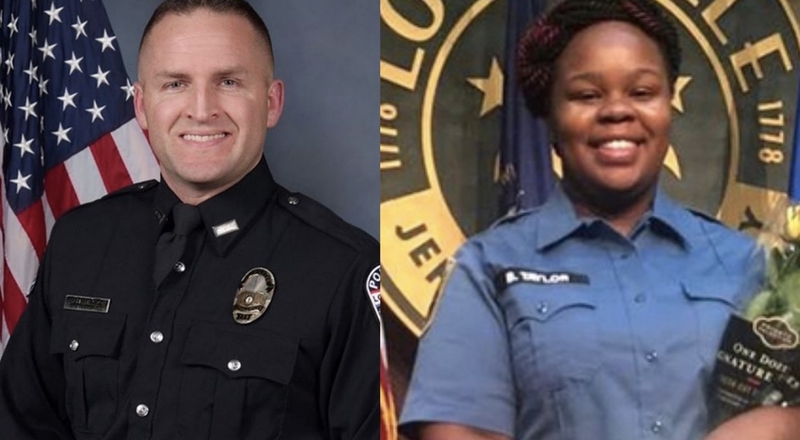 On June 19, Louisville Mayor Greg Fischer announced that the process was started in firing Officer Brett Hankison of the Louisville Metropolitan Police Department. He is one of three officers who shot and killed unarmed black woman, Breonna Taylor, at her home on March 13. The officers entered the home on a “no-knock warrant” and fired shots off as she was hit eight times as 10 in total were let go. Her boyfriend tried to shoot back as the officers entered unannounced and didn’t announce who they were. Cops initially thought that Taylor’s home was a local drug house they were looking for. The suspects were already in custody at the time of this incident.

The firing of Hankison has now been made official, according to WLKY. LMPD Chief Robert Schroeder cited misconduct by Hankison in the latest termination letter. Hankison violated two standard operating procedures which are: obedience to rules and regulations and use of deadly force. The letter also states how Hankison was reprimanded by LMPD back in January 2019 for  “reckless behavior.” He was part of the LMPD since 2003.

On June 11, “Breonna’s Law” was passed in Louisville to ban these no-knock warrants. This was passed but sadly, there are still no arrests of the officers who took Taylor’s life away. The other two are Sgt. Jon Mattingly and Det. Myles Cosgrove. Since Hankison has been terminated, he has 10 days to appeal.