Skip to content
You are here
Home > Hip Hop News > Jody Hilley, Athletic Director at Lakeside High School, in Columbia County, Georgia, shares meme that states the Ku Klux Klan killed 3,446 black people in 86 years, but since 2016, black people in Chicago have killed 1,881 black people, and nationwide have 10,069 been shot, saying black people killed more in 6 months than the KKK in 86 years [PHOTO] 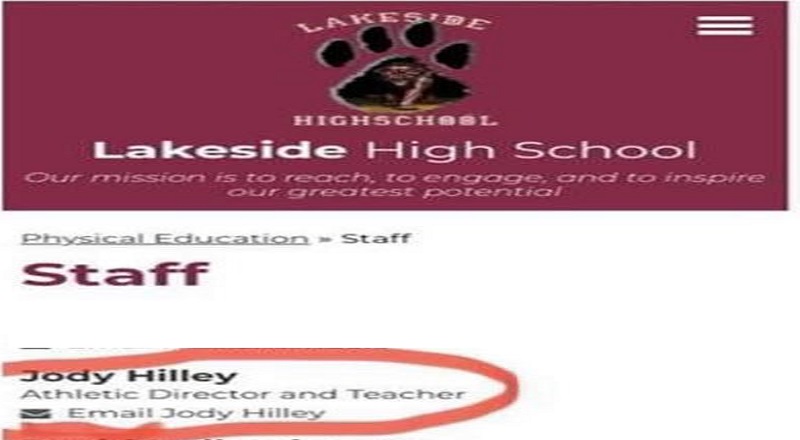 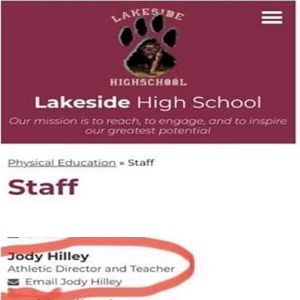 In Georgia, a teacher is making tons of headlines, in her local area. A lot of people have made inflammatory remarks, over the past few weeks, as racial debates have sparked in the wake of George Floyd’s murder. Not everyone is willing to look at this thing, objectively.

Jody Hilley works as the Athletic Director at Lakeside High School, which is in Columbia County, Georgia. Despite working a public job, with children, no less, she still made inflammatory posts. She chose to do so on Facebook, of all places.

Currently, the Columbia County, Georgia Board of Education has Jody Hilley under review. While she didn’t make an actual remark, she share a controversial meme. The meme is a black man wearing a KKK hood, along with words that state that the Klan killed 3,446 black people in 86 years, while black people, since 2016 have killed 1,881 black people in Chicago, alone, and shot over 10,000 people, nationwide. 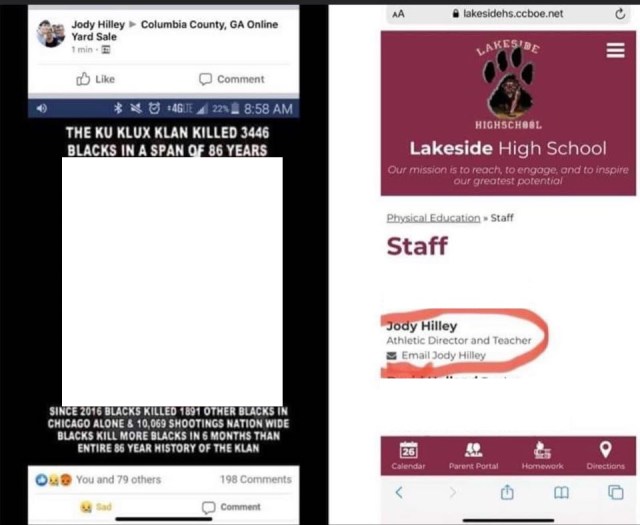