Skip to content
You are here
Home > Hip Hop News > After JaRule Announced He’s Accepting Bookings For Shows; New Commercial is Released That He Did For Greek Restaurant in Los Angeles [VIDEO] 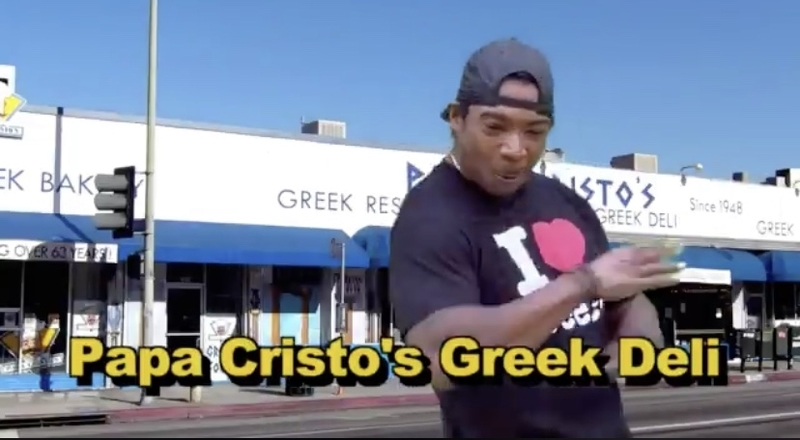 This weekend, JaRule performed at a house party as he announced that he would be taking on bookings now. He said they’re “COVID safe personal performances” but they definitely needed some more masks. Anybody wanting to book Ja can do so though at ICONN.ME/JARULE.

Ja getting back to performing after months due to the Rona isn’t the only move he’s making though. Ja posted a video of him in a commercial that he recently with Papa Cristo’s Greek Deli in Los Angeles. This is apparently a pitch as he showed off the different gyros available but definitely had a hard time pronouncing the names.

Rule came off strong in the ad though as he claimed that they have the “best motherf*cking gyros.” He also sported an “I love Greece” t-shirt as he showed his enthusiasm for the restaurant. Despite his struggles in pronouncing the items, it was a very entertaining commercial. Expect 50 Cent to respond to this soon as he already addressed Ja doing shows again as he said he’s resorting to doing that because of him with the caption “If you don’t want to end up doing private birthday parties for 15 people. stay out of my way, OK.”

😂🤣😭 I’m trending for my commercial Pitch perfect is a HIT lmao!!! @celebshowoff 💪🏾🤣pic.twitter.com/rHdCbQzPi1