Skip to content
You are here
Home > Hip Hop News > J. Alexander Kueng, Former Minneapolis PD Officer Who Was Involved In Murder of George Floyd; Gets Checked By Cup Foods Customer For Being Out on Bond and Buying Food Like Nothing Happened [VIDEO] 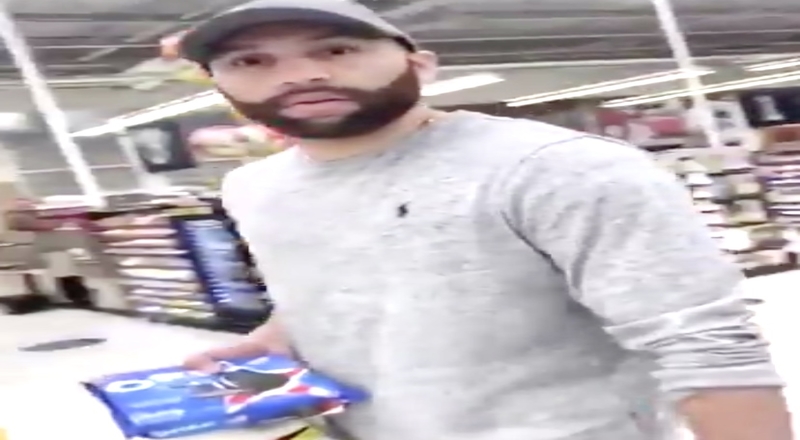 J. Alexander Kueng is the second former Minneapolis PD officers involved in the George Floyd killing to be released from jail over the weekend. Kung was out on $750,000 from the Hennepin County Jail. Thomas Lane was released earlier this month on $750,000 bond.

Kueng was seen at a Cup Foods grocery store in Plymouth, MN and was approached by a woman who rightfully believed that he shouldn’t be free right now. Floyd was killed in front of the Cup Foods location in Minneapolis. Kueng kept saying that he was just getting food and refused to answer how he got the money to post bond. She mentioned how she’s shocked that Kueng thought that nobody would recognize him and how he’s a killer. Nobody can blame her for doing this. Kueng should still be in jail right now and shouldn’t be able to shop comfortably. The woman was confident that he will be found guilty though just like the rest of the officers.

Derek Chauvin is the officer who knelt on Floyd’s neck for eight minutes and 46 seconds. His bond was set at $1.25 million but could’ve been $1 million with certain conditions. These include not working in security or law enforcement, no contact with Floyd’s family, not leave, Minnesota and surrender all firearms and permits.  The other three were on $1 million bond but could’ve been lowered to $750,000 with conditions. Chauvin is reportedly at a maximum security prison close to Stillwater, MN.Tou Thao is the other former Minneapolis cop still in jail as well.

Check out the interaction with Kueng below.