Skip to content
You are here
Home > Hip Hop News > D.L. Hughley Tests Positive For COVID-19 After Passing Out on Stage at Comedy Club in Nashville and is Asymptomatic; Passed Out Due To Exhaustion During This Week’s Work and Traveling [VIDEO] 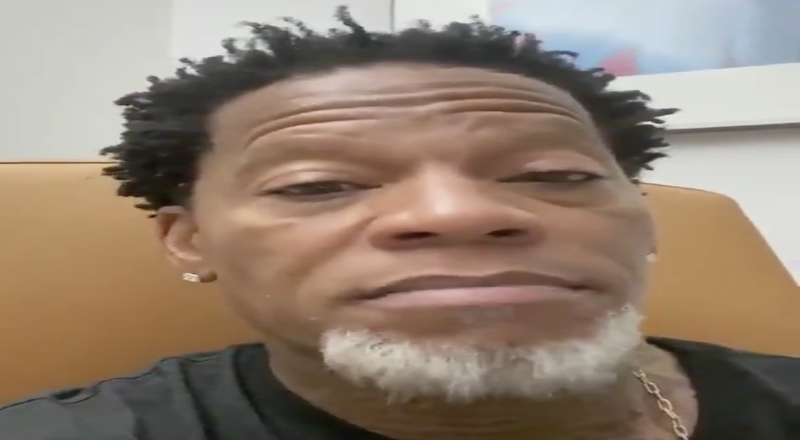 On Friday night in Nashville, TN, D.L. Hughley was back to doing comedy stand-up as he was at Zanies. The audience were shocked though as he was seen passing out on stage. He started to slur his words before he started to lean on a stool and then fall to the ground. Hughley ended up addressing the incident on Twitter and revealed that he ended up testing positive for COVID-19. He didn’t exhibit any symptoms though.

“It turns out they ran a battery of tests, and I also tested positive for COVID-19, which blew me away,” said Hughley. “I was what they call asymptomatic, I didn’t have any symptoms, the classic symptoms I didn’t have. I didn’t have Flu-like symptoms, shortness of breath, difficulty breathing, a cough, a low-grade fever, I still don’t have a fever. I didn’t have a loss of smell or taste. Apparently, I just lost consciousness. So, in addition to all the other stuff you have to look out for, if your ass pass out in the middle of a show on stage, you probably need to get tested.”

Hughley’s reps told The Hollywood Reporter that he passed out due to exhaustion from the week’s work and travel. He also stayed overnight at Saint Thomas hospital due to doctor’s orders. He is feeling better though. Hopefully, he isn’t too overwhelmed from work from this point on, stays healthy, and fans can see him back on stage again soon. Check out him addressing passing out in Nashville below.