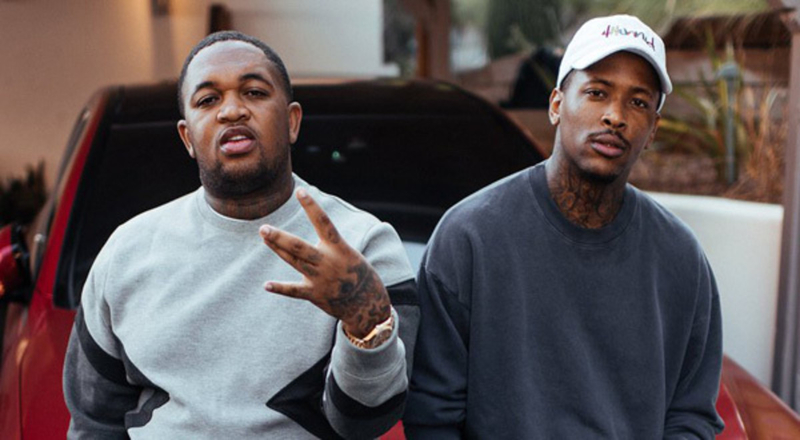 YG and Mustard have been doing a great job in using their platforms to address racism and police brutality in this country as protests continue to be ongoing. YG even released a new record titled “FTP (F*ck The Police)” and filmed the music video for it at a downtown Los Angeles protest.

YG and Mustard have done plenty of records together and now, they are giving back to the community in LA in a major way. According to Billboard, the two now have equity stakes in Fishbone Seafood restaurants.The two also have meals named after them at these restaurants, which are The Mustard Plate (grilled shrimp and filet sole with sautéed veggies) and The YG Plate (grilled filet sole with sautéed veggies.) They are now donating $100,000 worth of food from Fishbone to LA residents after this power move.

“I met one of the owners at a gas station, and he told me we should do business,” YG said to Billboard. “I called Mustard and told him about the opportunity, and he was ready to go.”

“COVID-19 has hit Black and Brown communities the hardest,” added Mustard. “YG and I have not forgotten where we come from, and feel a duty to support those who are less fortunate and have been our biggest supporters from the beginning.”

The generous donations by the LA natives doesn’t stop there as for Juneteenth and Mustard Day, the two also donated $50,000 worth of food for residents. An additional $50k will be donated next week to charitable organizations such as A New Way of Life, Hollywood Food Coalition, Midnight Mission, Watts Empowerment Center, Upward Bound House and five St. John’s Well Child and Family clinics.