Skip to content
You are here
Home > Hip Hop News > NBA Youngboy Snaps at J. Prince After Prince Claimed That He Got Keys To Youngboy’s Cars Back From Robbers Who Entered His Home [VIDEOS] 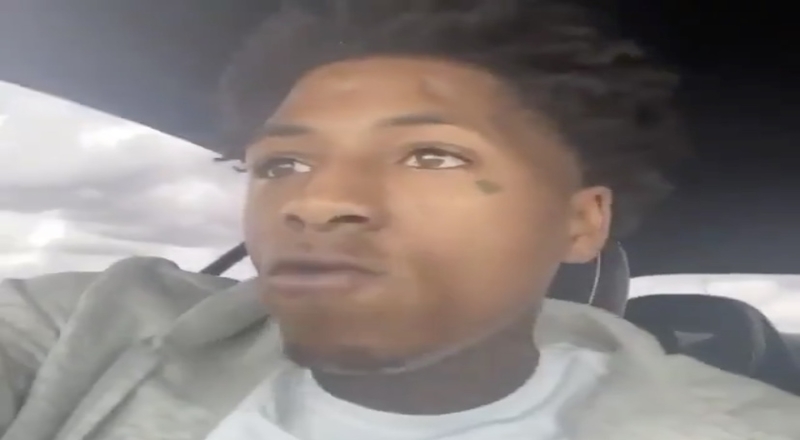 NBA Youngboy has had a hell of a week. Robbers got into his home and supposedly took car keys from a few of his luxury ones, and then, two of his baby mamas gave birth This made it seven total kids for the Baton Rouge rapper.

J. Prince is a legend in Houston and is addressing the incident that took place at Youngboy’s home. He posted a video to Instagram saying how he got the keys back to the Rolls Royce and McLaren. He added that the robbers wanted to make things right.

“Lil homie Youngboy place got broke into. People went in his place, disrespected different things, and, you know, I got a call about it. And the lil homies that went into this place wanna make that right because they understand that, you know what I mean, Youngboy family is okay with me. To make a long story short, I got your keys to your Rolls Royce. I got your keys to your McLaren. You know, all the shit that they took.”

Youngboy wasn’t feeling this at all due to the fact that Prince took this publicly. He preferred that they had this conversation privately. Youngboy also initially claimed that the robbers only ended up taking $20.

“It’s plenty ways to get in touch with me,” said Youngboy in response to Prince. “Man, don’t get on no internet and do naan publicly. Don’t do naan dealin’ with no f*ckin’ publicity. None of that p*ssy ass shit. “I’m good on them keys, gangsta. When you buy that s*it cash, two keys come with the car anyways. Mind your f*ckin’ business, mane.”

Youngboy has had a rough last couple of days but he shouldn’t be mad at Prince. He actually came through for him. Check out the two speaking on this situation below.