29 year-old Teyana Taylor has done it again. The Album dropped just in time for Juneteenth and is apparently the “mood” from beginning to end. Bragging 23 tracks with an incredible feature list that we will get into in just a moment, the Artist & Director is creating quite the buzz online. Widely recognized for her incredible physique and sick choreography, Teyana Taylor teased us earlier last month with the “Bare with Me” music video produced by her production company ‘The Aunties Production,’ and paid homage to the late King of Pop, Michael Jackson. In the video Taylor is accompanied by four other dancers with wardrobe and choreography that was parallel to “Smooth Criminal” and went viral immediately.

Shortly after, rumors began to soar that she and Iman Shumpert may be expecting baby #2, as their four year old daughter, Baby June, made a comment during an instagram live and fans quickly caught on that the toddler was speaking about a new baby. Last week the multi-talented music artist dropped “Wake Up Love” featuring Brooklyn Nets player and husband, Iman Shumpert. Teyana Taylor is definitely not letting up as she once again went viral with the confirmation of her sweet baby bump in the sultry music video that shared an intimate scene of the couple in a bed in the clouds.

What tracks are you feeling the most?

Drop in the comments below. 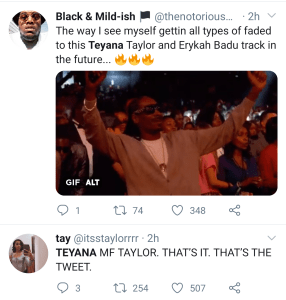 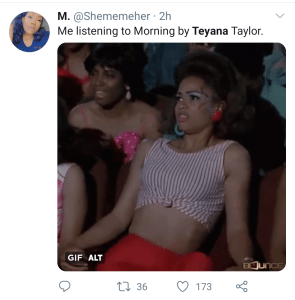 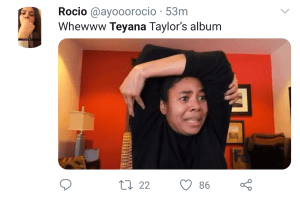 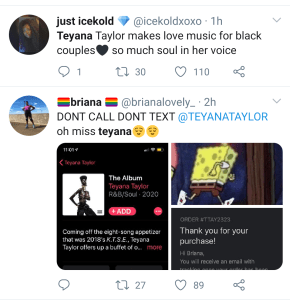 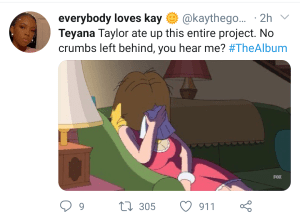