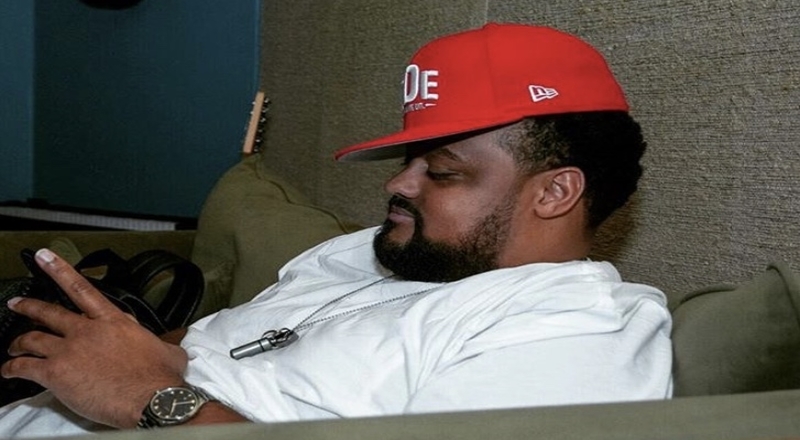 Kendrick Lamar’s birthday was yesterday as the young legend turned 33. Many of his fans are anxiously awaiting new music from him as his previous album was ‘Damn‘ back in April of 2017. He was a huge part of the ‘Black Panther‘ movie soundtrack in 2018 though as the biggest hit on there was “All The Stars” by him and fellow TDE star, SZA.

On K. Dot’s birthday, a fan tweeted TDE President, Punch, that he needs to tell Kendrick that it’s time to return. Punch isn’t with it right now though as he said “Nah. N*ggas don’t appreciate it.” Kendrick got criticism on Twitter for apparently not speaking out on the current racism and police brutality issues in America but they didn’t realize that he was actually out with protestors marching.

Kendrick is already one of the best rappers of all-time and has multiple classic albums under his belt. TDE recently ran a consistent release of music from artists such as Reason and Ab-Soul and hopefully, we can get new material by Kendrick before 2020 is up. 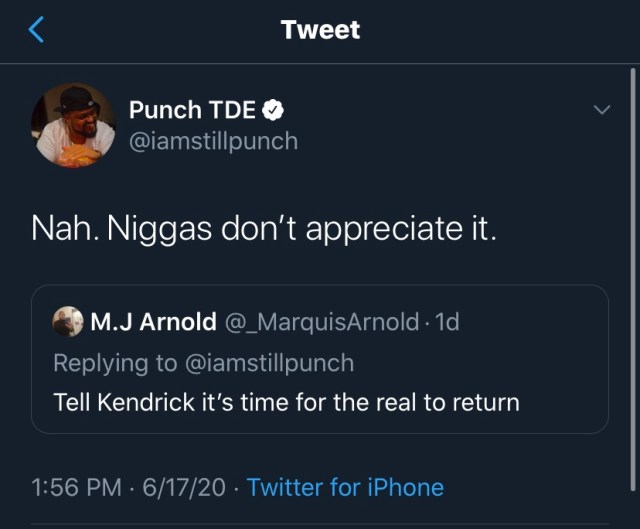