Skip to content
You are here
Home > Hip Hop News > Garrett Rolfe, the police officer who killed Rayshard Brooks, is having a fundraiser for his legal expenses, and $57,000 has been raised, courtesy of Georgia Law Enforcement [PHOTO] 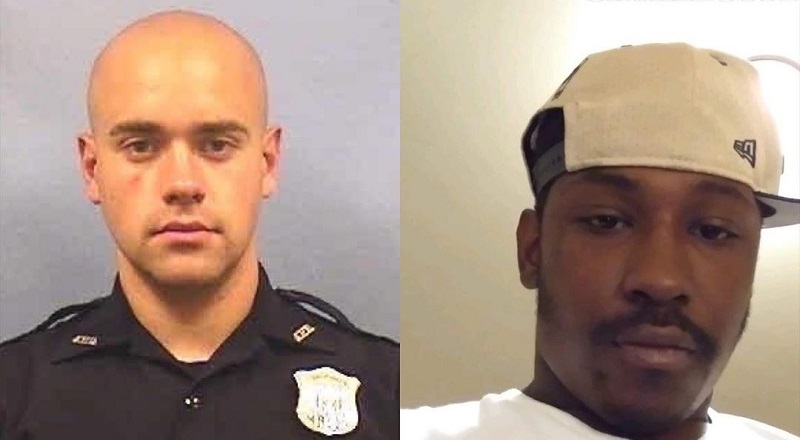 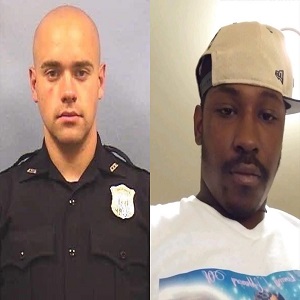 It’s bad enough that so many black men are being killed by the police, but it’s worse that some people seem to believe it should be legal. A lot of people bring up the pasts of the victims, justifying their murders. That is a major reason for all of the protesting.

Rayshard Brooks’ murder came, right in the middle of the George Floyd protests. Initially, the police officers, in Minneapolis, who murdered Floyd wee not set to face charges, but the protesting changed that. So, when Brooks’ murder made news, charges were filed.

Garrett Rolfe is the police officer who killed Rayshard Brooks. He was relieved of his duties and brought up on charges, which a lot of people say he didn’t deserve. These people have donated to Georgia Law Enforcement’s fundraiser on Rolfe’s behalf, raising $57,000 to help cover his legal expenses. 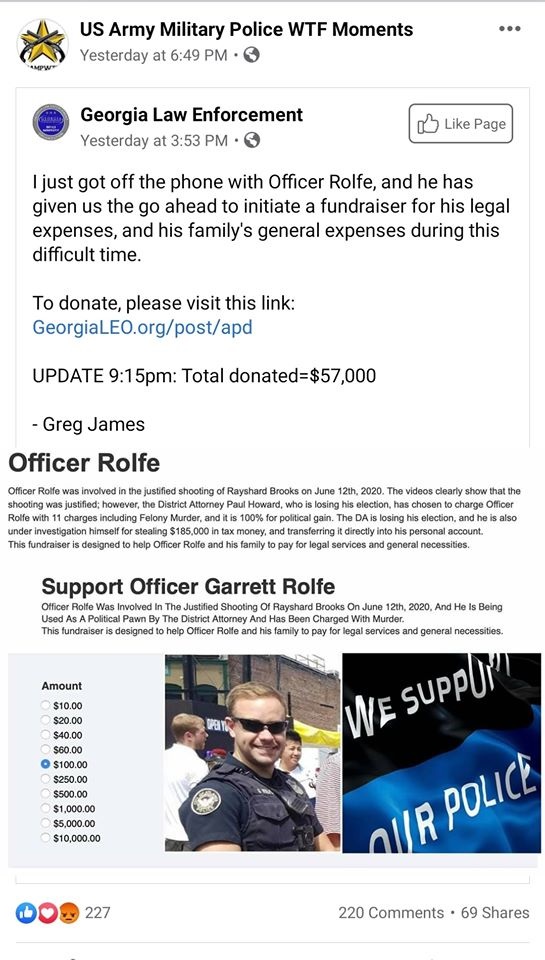