Skip to content
You are here
Home > Hip Hop News > Elizabeth Harris exposes Turkey, NC convenience store, where she went this morning, and the woman working the counter asked why people were protesting, since the George Floyd situation had nothing to do with them, and when she tried to explain, she said the woman angrily told her “all lives matter” 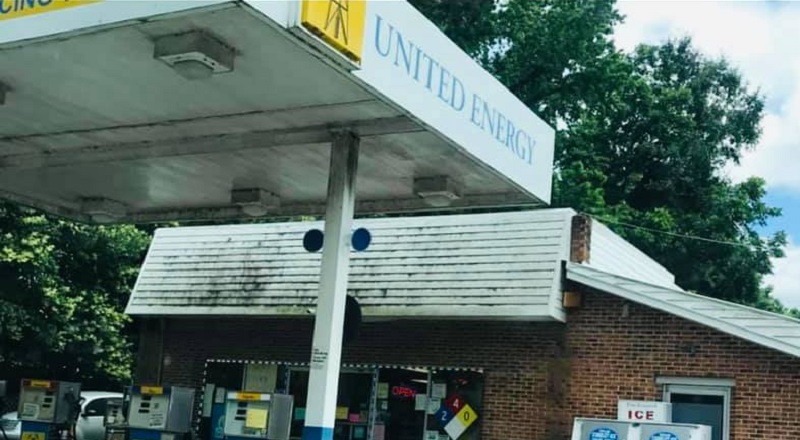 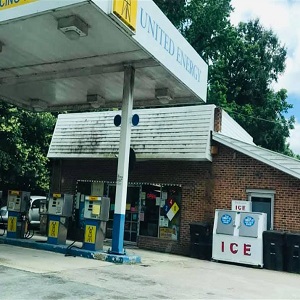 When speaking of small town North Carolina, it gets no smaller than places like Turkey. However, these communities maintain a surprisingly large population base. Like most large population places, the people are diverse.

However, with it being a small, small town, all of the businesses are locally-owned, and the ownership isn’t as diverse. Places like these are where everybody knows everybody. With that in mind, it’s not uncommon for people to sit around in these stores, mainly older people.

Elizabeth Harris, likely used to this, encountered this, earlier this afternoon, when visiting the Turkey convenience store. She says, via Facebook, when she entered the store, two older white men were talking about the protesting, and the protesters, in a negative light. Ignoring them, she went to check out, when she says the cashier asked why people were protesting for killed people who had nothing to do with them, and when she tried to explain, she says the white female cashier angrily told her “all lives matter.” 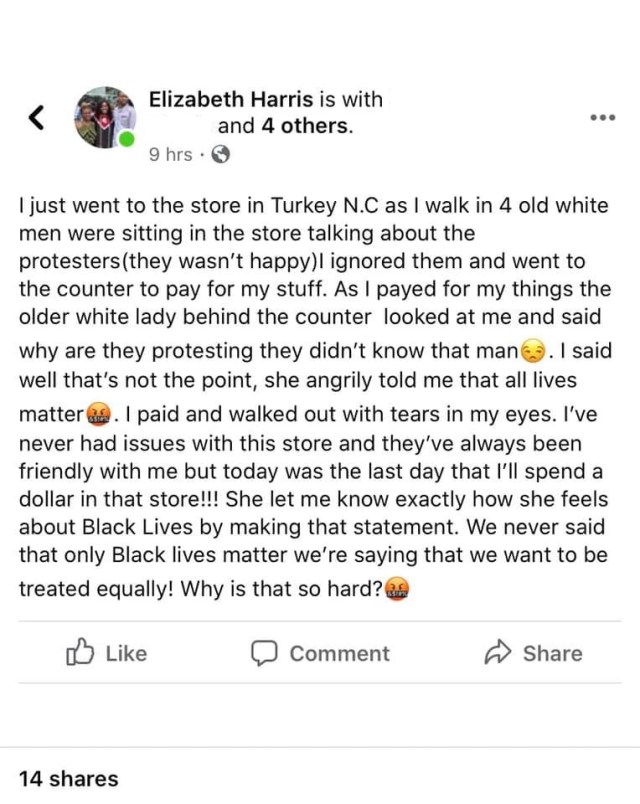