Skip to content
You are here
Home > Hip Hop News > Pendorã Harrington Guillermo shares nasty encounter at Hobby Lobby, where a cashier refused to hand her change to her, due to her George Floyd t-shirt, and “I Can’t Breathe” mask; Woman claims she called the manager, who only said “WOW, I apologize,” continued to cut her off, while talking, and rushed her off the phone [PHOTO] 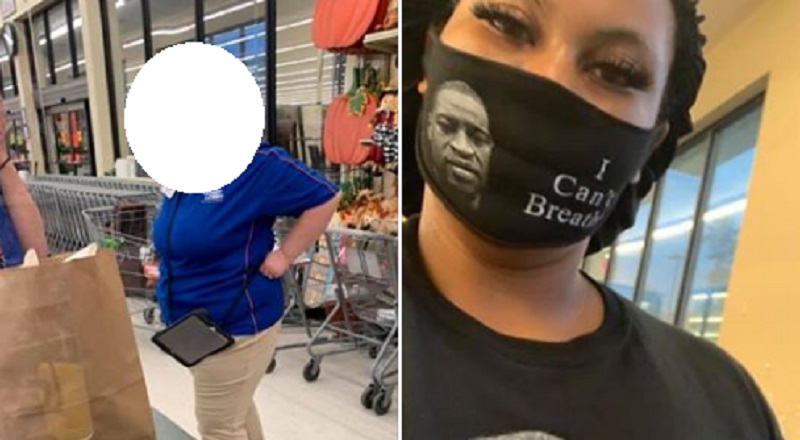 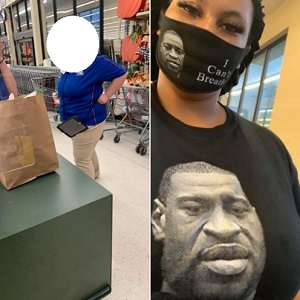 The death of George Floyd has triggered so much, allowing people to show their true colors. A death as horrible as Floyd’s shouldn’t be the political issue that it has become. Instead, it has become yet another partisan argument.

For people of color, they have rallied behind George Floyd to prevent the next Rayshard Brooks situation. People are wearing the Floyd attire to serve as a reminder. This makes some, who are not a part of the community, uncomfortable.

Pendora Harrington Guillermo was shopping at a Fayetteville, North Carolina Hobby Lobby. Out with her kids, she was wearing a George Floyd “I Can’t Breathe” mask, and a t-shirt with his face on it. When the cashier saw her, Harrington claimed she refused to hand her the change in her hand, and that she walked off.

Speaking on the phone, with the manager, Harrington claimed she gave a “WOW, I apologize” apology, but said it lacked meaning. She also said the manager kept cutting her off, as she tried to talk, and rushed her off the phone. 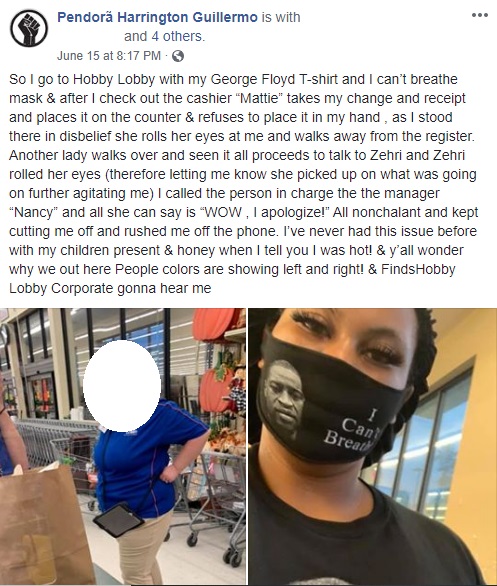