Skip to content
You are here
Home > Hip Hop News > There’s only one Lamar Jackson: From Southern Florida boy to the cover athlete of Madden ’21 and Twitter fans are here for it as the MVP athlete says “to be on the cover is a dream come true” 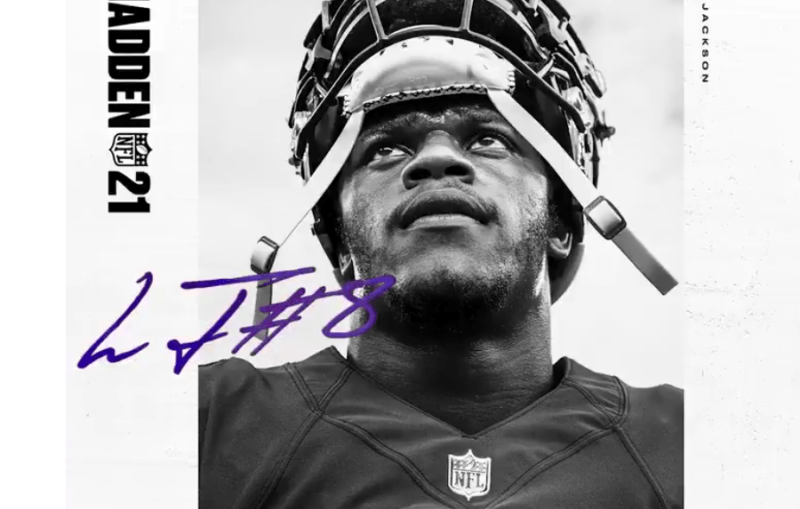 EA Sports just released a trailer for Madden NFL ’21 as the Heisman winner and MVP from Southern Florida, Lamar Jackson, graces the cover as the official Madden ’21 cover athlete. Fans are going crazy as Lamar Jackson’s impact has been felt around the country as he dominates the field and is the second Baltimore Ravens player to grace the Madden cover, as Ray Lewis covered in 2005. EA typically keeps its cover athletes on the low, but Jackson couldn’t help but express his excitement in April as he interviewed with reporters:

“I grew up playing Madden and owned every copy I could get my hands on, so to be on the cover of Madden NFL ’21 is a dream come true, especially when the cover represents so much of my story,”

“The welcome to the Madden family from around the league and from fans has been phenomenal and I think people will have a lot of fun with the new features coming in this year’s game.”

This is the first time Madden has featured players of the same position back to back since Vince Young in Madden ’08 and Brett Favre in Madden ’09, as Patrick Mahomes was the cover feature on last year’s Madden ’19. Jackson’s brand is rising off the field after an impressive sophomore season, where he was unanimously named the NFL’s Most Valuable Player in February. He was the first player in history to pass more than 3,000 yards and rush for 1,000 yards in a single season and led Baltimore to a league-best 14-2 record. Jackson is also building his own apparel brand, Era 8 Apparel, which he donates a percentage of sales from his collection to help protect the African Wild Dog, which is the most endangered animal on earth.

Congratulation Lamar Jackson! We love to see it.