Yesterday, Tee Grizzley announced that his third studio album,’ The Smartest’ would be released on June 19. This project is led by the “Mr. Officer’ single feat. Queen Naija and members of the Detroit Youth Choir.

The Detroit rapper has now revealed the full tracklist for The Smartest on his Instagram feed. It will contain 17 tracks with features from Meek Mill, Lil Baby, Big Sean, and Lil Keed. Production is also star-studded as Grizzley enlisted Scott Storch, DJ Mustard, Hit-Boy, and more.

Grizzley’s previous album was ‘Scriptures’ which was released last June. It featured the singles “God’s Warrior,” “Locked Up,” and “Sweet Thangs.” 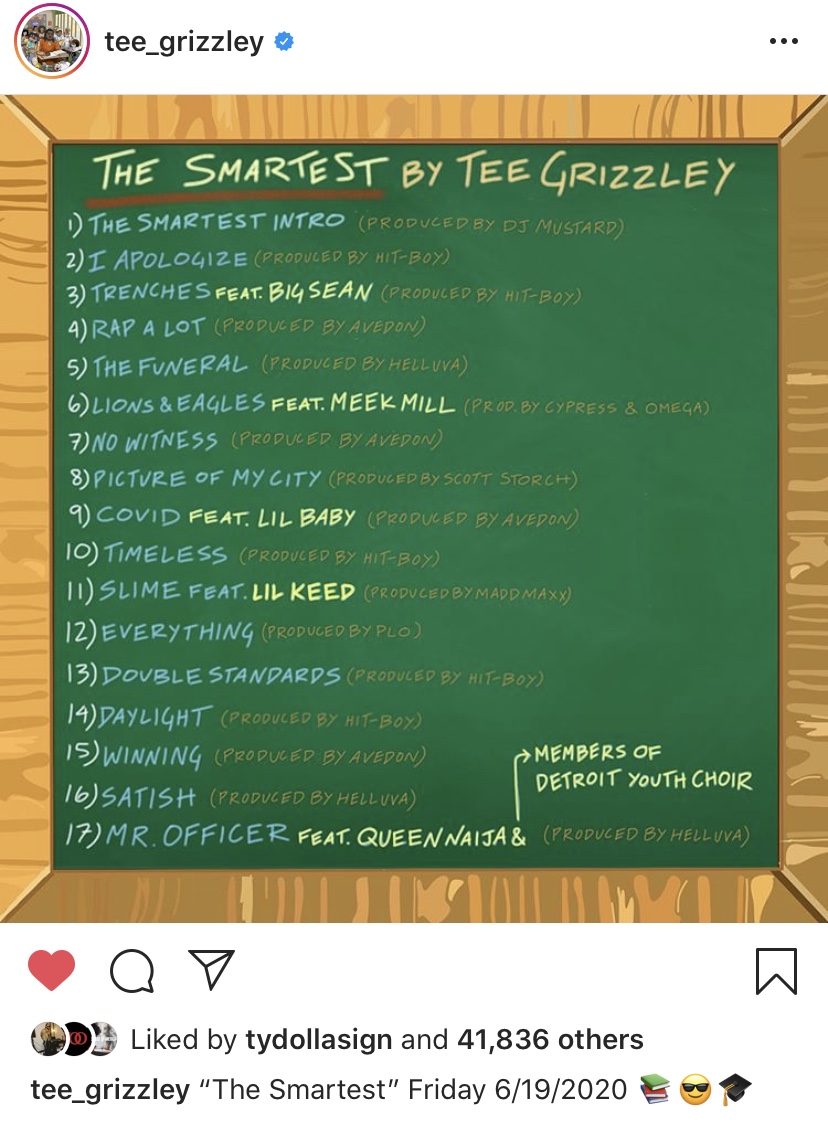 Continue Reading
You may also like...
Related Topics:tee grizzley, The Smartest

Pop Smoke’s Posthumous Debut Album Will Be Titled ‘Shoot For The Stars, Aim For The Moon’
Future’s Baby Mama, Eliza Reign, Rejects His Offer For $1,000 Per Month in Child Support Which Also Includes Gag Order and Health Insurance For Their Child