Pop Smoke’s team were originally supposed to release his debut studio album on June 12 but was postponed to July 3 out of respect to the ongoing protests that are bringing awareness to racism and police brutality in America. Smoke’s “Make It Rain” single feat. Rowdy Rebel was released though to give fans some new music.

The official cover art and title for the album have now been finalized revealed on Smoke’s official online store. It will be ‘Shooting For The Stars, Aiming For The Moon’ as it displays the black and grey rose that was initially shown last month. This was also a like that Smoke said on his “Invincible” song from his ‘Meet The Woo 2’ mixtape that was released in February. Pre-orders for the album are now available.

Smoke’s murder still hasn’t been solved as he was shot and killed in a Hollywood Hills, CA mansion on February 19. Earlier that month, fans had praised his work on the Meet The Woo 2 tape. This project featured the single “Christopher Walking” and the remix for “Dior” feat. Gunna. The original Dior record just went platinum and “Welcome To The Party” went gold as well.

Check out the cover art for Shoot For The Stars, Aim For The Moon and the Make It Rain single feat. Rowdy Rebel below. 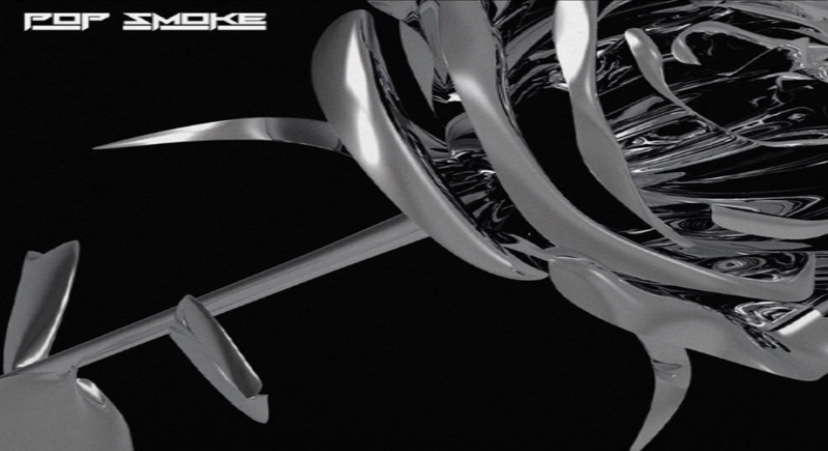 Doja Cat Gets Annoyed With People on Twitter After They Still Asked Her To Apologize After Seeing Info About Her Being in Racist Chat Rooms, Stripping For Racists on Tinychat, and Having Racist 2015 Song Title
Tee Grizzley Reveals Tracklist For ‘The Smartest’ Album; Features Include Meek Mill, Lil Baby, and More