Skip to content
You are here
Home > Hip Hop News > Doja Cat Gets Annoyed With People on Twitter After They Still Asked Her To Apologize After Seeing Info About Her Being in Racist Chat Rooms, Stripping For Racists on Tinychat, and Having Racist 2015 Song Title 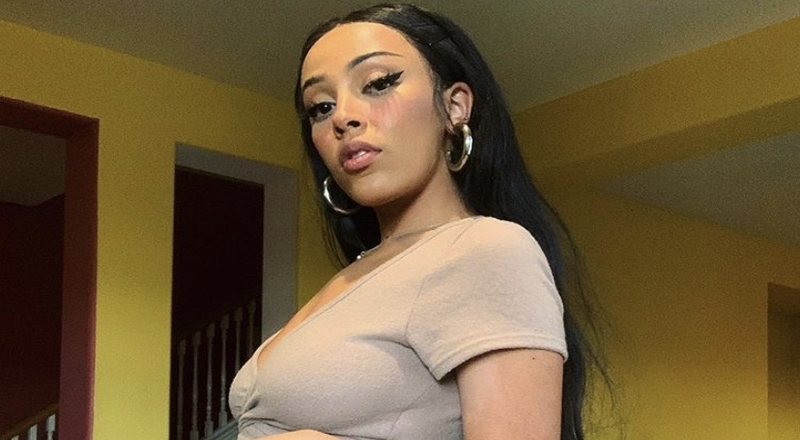 Prior to Memorial Day weekend, Doja Cat got destroyed on Twitter as leaked information revealed that she was in racist chat rooms, stripped for racists on Tinychat, and also made a song in 2015 called “Dindu Nuffin,” which mocks police brutality victims. She explained in her Instagram apology that she tried to reclaim the words but failed at it.

Doja initially returned to Twitter to post petitions that support George Floyd two days after his murder. On June 5, she then came out saying that she donated $100,000 to the Justice For Breonna Taylor Fund. This still led people to believe that she only did it for publicity and to clear her name.

Doja was back on Twitter again yesterday and people are still wondering how she isn’t “canceled.” Someone asked why she was back and she replied “Because I like to write stuff.” She then got in her feelings when one user said “Do what he said cause you ain’t apologize mfka.” Doja snapped at them by replying “FINE…. I’m…… I’m…….. sorry that I couldn’t see sooner that you’re a f*cking loser pleb with micro cock f*ck off chump.”

Despite social media exposing Doja as a racist despite being biracial, her “Say So” remix feat. Nicki Minaj continues to do very well as at one point, it was the No. 1 song in the country on the Billboard Hot 100 chart last month. It currently stands at No. 4. Check out Doja going off on Twitter below. 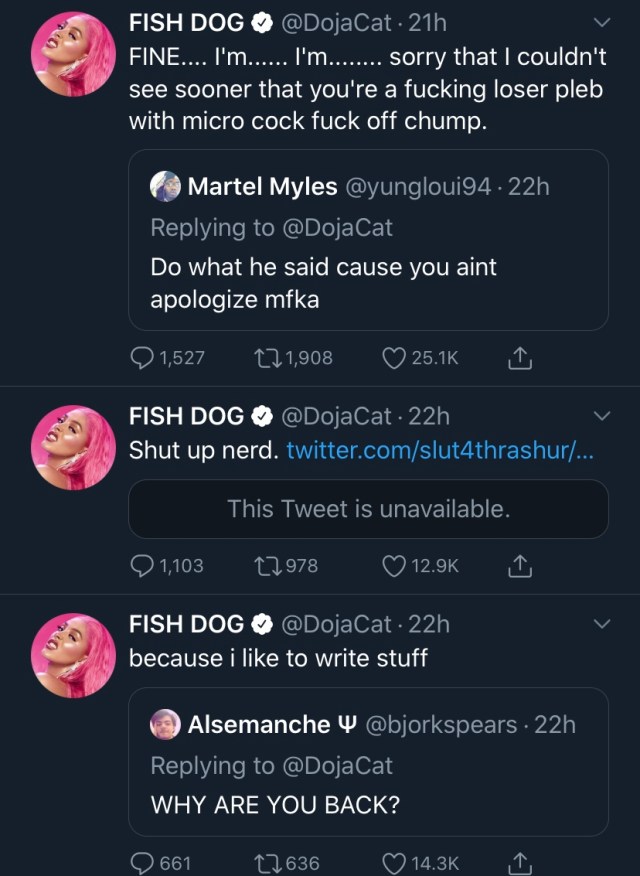