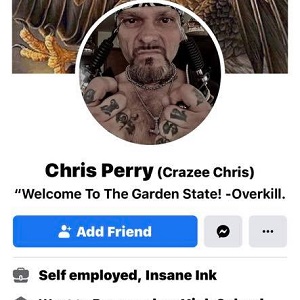 Exactly what has gone on, over these past few weeks, feels like enough to encompass several years. The current protesting began, with people having enough, once George Floyd was killed, in Minneapolis.That loss, at the hands of the police, was too much to bear.

But, since then, there has been James Scurlock, in Omaha, and most-notably, Rayshard Brooks, in Atlanta. Brooks has caused much public outcry, including the Wendy’s where he was murdered at being burned down. This got a reaction from Chris Perry, a New Jersey tattooist.

Chris Perry sent a Facebook message, where he called black people, as a whole out. He held nothing back, saying “f*ck Black lives,” making his stance clear. As his rant continued, he called out supporters, outside of the black community “traders” (traitors), “n*gger lovers,” and added a “f*ck you” to them, too.