Skip to content
You are here
Home > Hip Hop News > After Meek Mill Tried To Defend B. Simone For Plagiarizing Multiple Bloggers in Her Book; He Said That He Didn’t Even Know What Simone Did But Just Wanted To Not See Black People Cancel Each Other Anymore 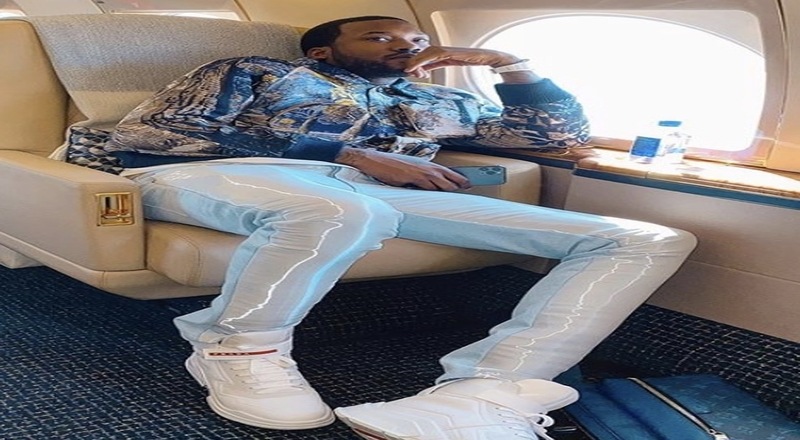 B. Simone was getting cooked on social media all weekend due to people finding out that she plagiarized at least two bloggers in her best-selling ‘Baby Girl: Manifest the Life You Want’ book. Boss Girl Bloggers and Blogging With Grace are two of the outlets who came forward about Simone copying their content here. Meek Mill ended up being one of the few who defended Simone by saying  “B Simone canceled because she finessed a book and made her way from the bottom lol what major companies y’all cancel for ripping our culture off?” “Finding ways to display hate towards our own when they start doing good is showing amongst us a lot!”

The Philly rapper then went on to quote tweet other outlets who reported on the story as he downplayed his defense of Simone. In one where he replied to Complex, he admitted that he actually didn’t know what Simone did wrong.

“I never even checked what she really did I’m just tired of seeing blacks canceling blacks…” said Meek on his account. “Hey got us ranked in last place already chill with that shit.”

Meek has done an amazing job of fighting for criminal justice reform and speaking on racism and police brutality but he needed to do some research here. He tried so much to defend Simone but didn’t even know what he was speaking out for. Users on social media have since reminded him of how he tried to beef with Drake in 2015 by saying he got ghost writers on their collab “R.I.C.O.” song. Check out Meek’s tweets below along with the bloggers coming out about Simone’s plagiarism. 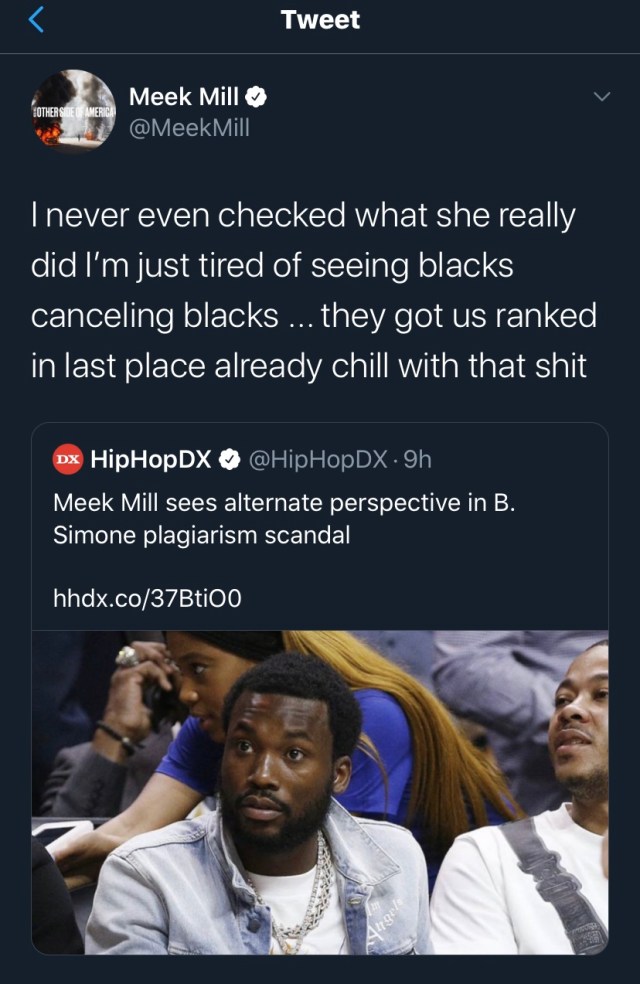 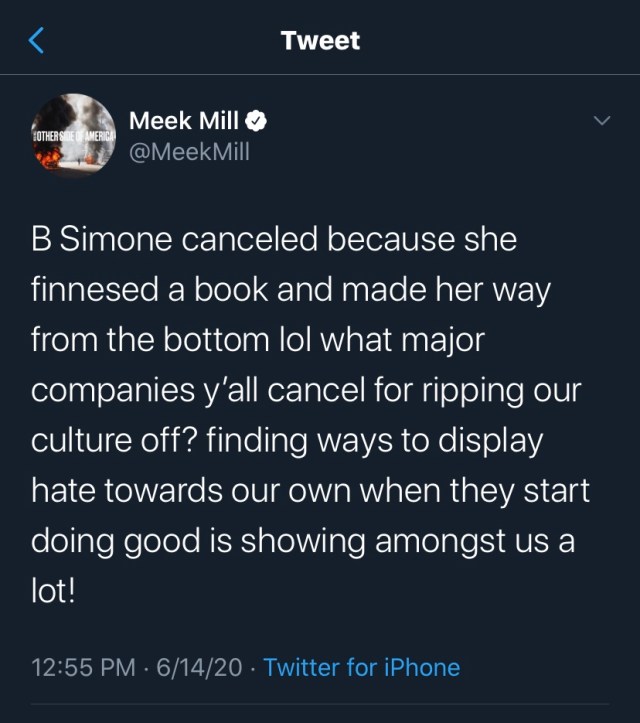 Would love for @TheBSimone to STOP taking small content creators’ hardwork and selling it as her own!!!

Disgusting. This is not entrepreneurship. This is PLAGIARIZING. pic.twitter.com/CCSQ88A85e

Wow, just a look through her twitter and she has also plagerized an identical page from @happinessplannr too… pic.twitter.com/fXaQnTfiEE

Went on Pinterest and found this exact page… pic.twitter.com/PW8UX0gOSk